Our attention has been drawn to a protest by a group of pensioners at the state capital, Osogbo, today. This is ill-conceived and the reason is this: As their protest was ongoing, some of them were getting bank alerts for August while some had received their pay since yesterday. It does not sound good at all that the protest by this group is taking place the very day the pensioners are getting their pay. Given the commitment already demonstrated by the state government, we know this action by this group is not supported by the majority of pensioners in the state.
Local Govt.& Pry.School Pensioners have been paid up to August 2016 like all Workers in the State. Same goes for the pensioners who retired from the state’s civil service. The arrangement is that Pensioners earning below N20,000. are paid in full,while those earning above N20,000. are paid 50%. While we sympathize with our workers and pensioners alike for not paying up to date of October, it’s pertinent to state that this is not peculiar to Osun and indeed, Osun has made efforts that should be commended by all especially in the face of national cash crunch.
There is no basis for accusing Aregbesola of diversion of any fund because simply put there is just nothing like that. And it must never be forgotten that it is this same Aregbesola administration that increased government’s commitment on pension from about N150m monthly to over N650m monthly. A government with no commitment to workers and pensioners’ good is not likely to have done this.
Signed:
Semiu Okanlawon
Director, Bureau of Communication & Strategy,
Office of the Governor.
Osun
16th, November, 2016. 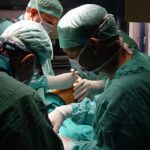