Olaniwun Ajayi: We Have Lost A Giant -Aregbesola 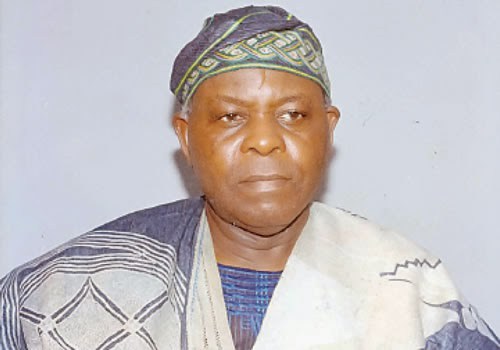 Governor of Osun, Ogbeni Rauf Aregbesola, on Friday said the death of the elder statesman and chieftain of the pan-Yoruba socio-political organisation, Afenifere, Pa Olaniwun Ajayi.
In a statement by the Director, Bureau of Communication and Strategy, Office of the Governor, Mr. Semiu Okanlawon, Aregbesola said the late frontline politician believed and worked for the progress of the Yoruba race and the country as a whole.

The governor, who described the deceased politician as a giant and one of the surviving disciples of the Awolowo School of thought.
He said like the late Chief Obafemi Awolowo, the late Ajayi advocated for true federalism and resource control as panacea for the political imbalances in the country.
Aregbesola said the late politician was one of the best the country has produced as he never wavered in his political philosophy until his demise.
The statement read in part: “He was a politician of high repute and immense clout. His political horizon spread across the country and beyond. He was a giant in the battle for a better Nigeria.

“All his life, he defined his politics and pitted his tent early in life with the progressive school.
“Even after the demise of the late sage and when others abandoned the Awoist camp for other political philosophy, Pa Olaniwun Ajayi remained steadily on the Awo progressive track.
“He was, till he breathed his last, very consummate about the progress and development of Nigeria as well as that of the Yoruba race.
“To therefore describe him as a top-on-the-shelf politician and Awoist disciple of a first class hue is to aptly capture his essence as a politician.
“Nigeria as a whole and the Yoruba nation would surely miss his wealth of experience,”
Aregbesola also prayed for the repose of the late politician in the bosom of his Lord. 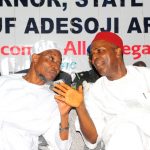