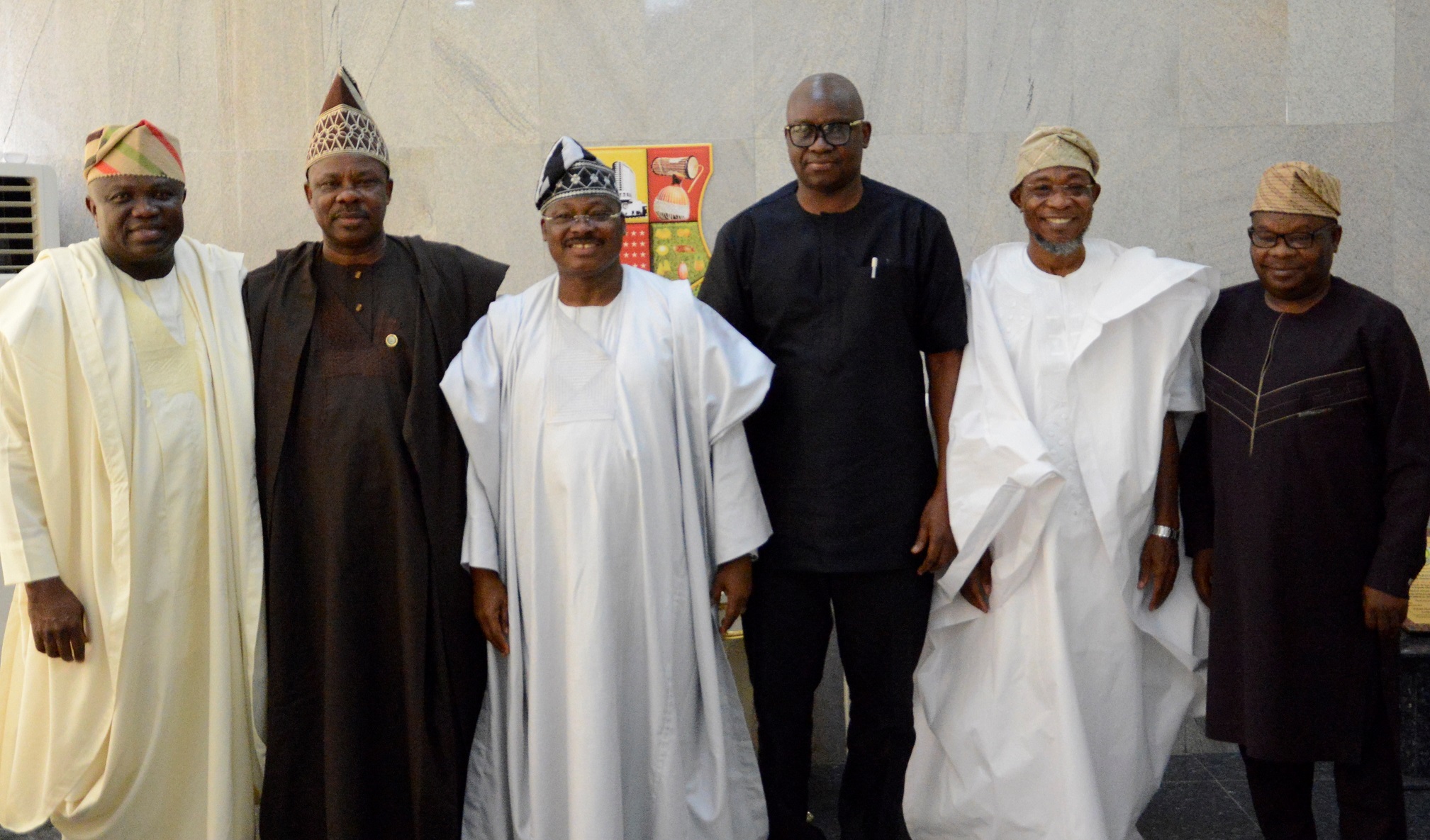 Governors in the South-West geopolitical zone on Monday held the South-West Economic Summit at the Oyo State Governor’s office in Ibadan, where they all agreed to play common politics of development to aid economic growth and development in the zone.

The governors present at the meeting were the host Governor Abiola Ajimobi of Oyo State, Ibikunle Amosun of Ogun State, Ayodele Fayose of Ekiti State, Akinwunmi Ambode of Lagos State, Rauf Aregbesola of Osun State and Olusegun Mimiko of Ondo State, who was represented by the Secretary to the State Government, Rotimi Adelola.
The meeting, which had the theme, ‘South-West Governors Economic Forum,’ was convened by Ajimobi.