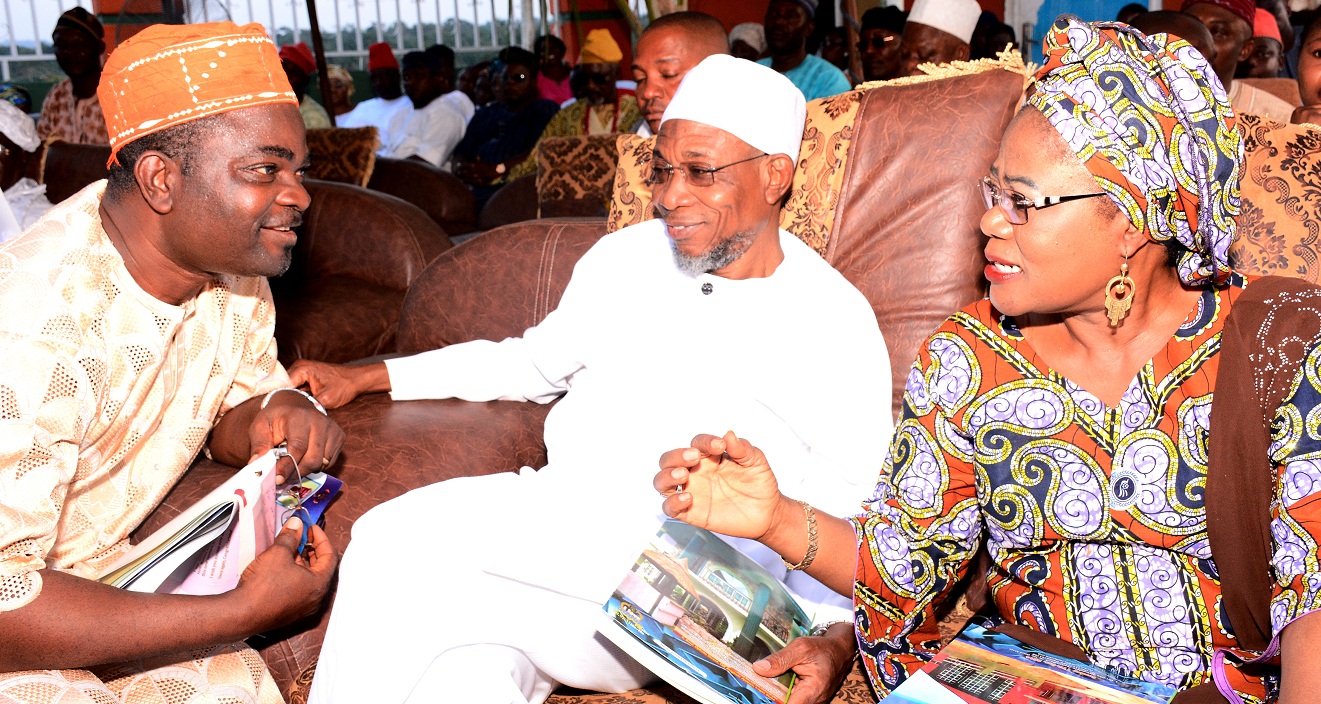 The Governor of Osun, Ogbeni Rauf Aregbesola has placed on the shoulders of the media, the urgent need to use their platforms to educate Nigerians on the implications of the economic situations in the country with a view to getting the understandings of all and sundry.

Aregbesola specifically said radio broadcasters have great roles to play in doing this and further promoting the peace of the society by discouraging hate messages and promoting those that enhance communal peace and stability.
The Governor stated these at the official commissioning of Oodua FM, established by a former member of the House of Representatives and an actor, Hon Rotimi Makinde in Ile-Ife Sunday evening.
He said the disturbing war carnage scenes beamed into homes daily by foreign channels should be enough lesson for all that promoting hate messages is inimical to peace.He asked journalists to dedicate themselves to peace and do away with divisive in discharging their duties.
Aregbesola said radio stations must at this time of hardship do all they could to support the government’s efforts in promoting innovative and technology-based ideas to move the nation forward.
He said, “My advise for the owner and the entire management of this station is to use the medium wisely to promote peaceful coexistence among the people in Yorubaland and Nigeria as a whole.
“Please do not politicise your activities at this radio station. Let this establishment be for the promotion of the highest values and ethos of Yoruba people.
“Strive to let this station be for the promotion of peace, harmony, love and affection among Nigerians especially Yoruba people.
“Shun any divisive tendency and use this station for educational purpose. Use it to promote our culture and balanced entertainment.
“Also, use this station to promote industry, productivity and efficiency as these, will go a long way in rescuing our society from the current recession we are all in.”
He condemned in its entirety the manner in which some broadcast media houses have been bastardizing the profession on self-serving interests, saying if not that his government’s programs and policies resonate with the people, an unnamed Osun-based radio station would have thrown the state into confusion through its hate messages.
He said “the time has come for journalists to be at the forefront of nation building and do away with subjectivity, favourism and personal emotions.”
Commending the owner of Oodua FM, Aregbesola disclosed that with the establishment of the new station, Osun is now a host to four private radio stations.
He called on the management of the station to always employ precautionary measures in all its activities and not wait until being sanctioned by the National Broadcasting Commission (NBC) before being regulated.
Aregbesola further urged the authority of the station not to allow itself to be hijacked by the disgruntled politicians who according to him, derive pleasures from self-serving interests.
“The management is further urged to stick to the government’s efforts at advancing innovative, technological and inventive knowledge that have been the hallmarks of our government”, he stressed.
Lamenting on the depleting state of the nation’s economy, Aregbesola hinted media practitioners to design programmes that would quicken the recovery of the nation’s values and socio-economic and democratic loses.
He said media should endeavour in sensitizing public on the current economic predicaments through educative and informative programmes capable of orientating the general public on the need to be productive and take-off their minds from crude oil revenues that have crashed.
Earlier in his welcome address, the owner, Hon. Rotimi Makinde, said the station would promote unity, love, peace and harmony of Nigerian people.
He added, “Oodua FM is open to all to give the general public the required quality broadcasting and let me assure the National Broadcasting Commission that we shall do all our best to conform with the rules and regulations as spelt out by the Nigerian Broadcasting Code.
The Governor later made his first broadcast on the station as he wished the people of the state well with the coming of Oodua FM during a live broadcast at the station’s studio.