Why Quality Assurance In Osun Education Is Our Target – Aregbesola 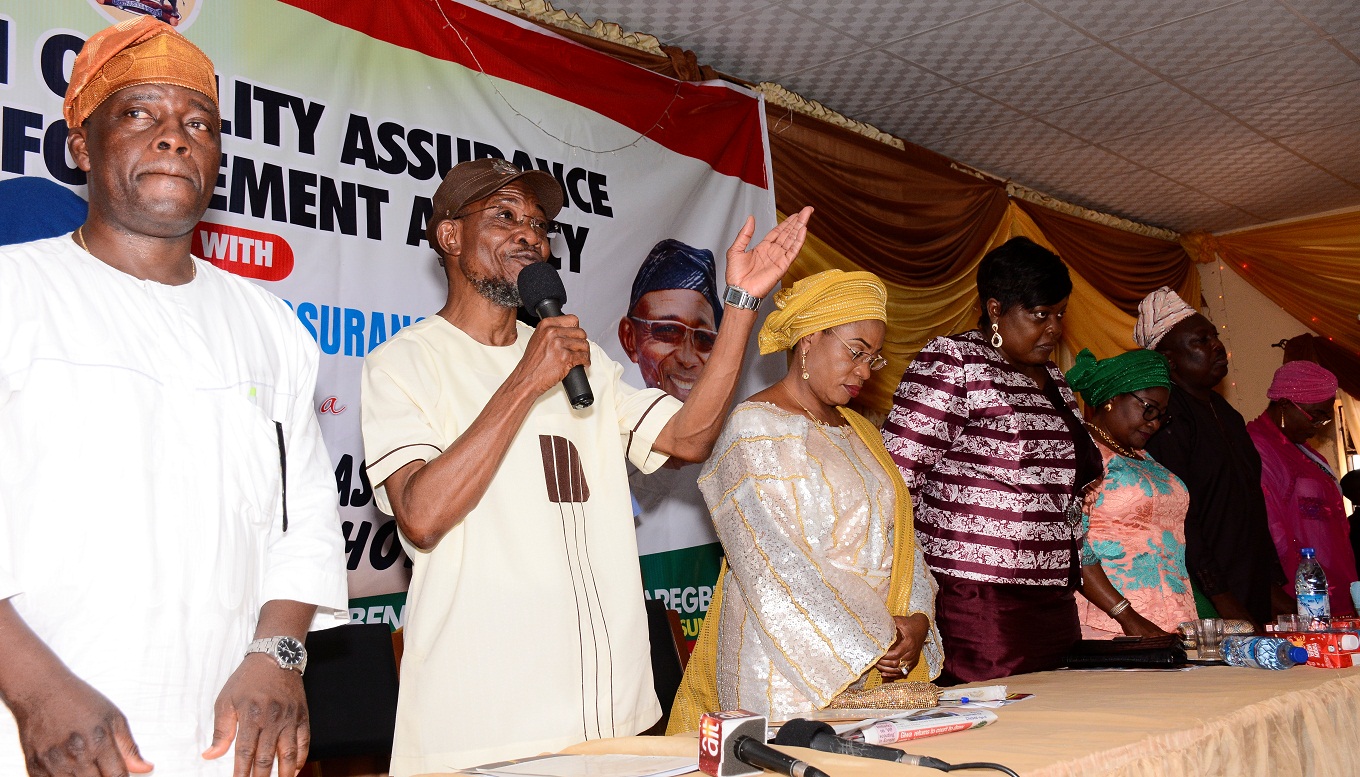 The Governor of Osun, Ogbeni Rauf Aregbesola has said his administration has succeeded in uplifting the standard of education in the state with over one hundred percent improvement recorded in the last six years.
He said his government has achieved modest improvements in the performance of students in the WASSC examinations since assumption of office.

Governor Aregbesola made the statement while declaring open the 3-day Education Quality Assurance Training Workshop organized by the Osun Education Quality Assurance and Morality Enforcement Agency, at the State Universal Basic Education Board (SUBEB) conference hall, Abere, Osogbo.
Governor Aregbesola who titled his speech, “Back to the Future of Education”, said his government has tremendously revived and brought in roadmap in education system in the state as manifested in efforts made to resuscitate the sector.
Aregbesola said the performance of students in the West Africa Senior Secondary Certificate Examination, WASSCE under his watch had improved tremendously with 46.30% improvement compared to statistics met in 2010.
He said the performance of the students in the terminal examinations had witnessed a significant improvement and skyrocketed from 21.68% met by his administration in 2010 to 46.30% this year.
Explaining the rationale behind strides being made in the education system, Aregbesola said the state took the Zukuk bond to change the face of education in the state.
According to him, the step taken was to ensure that the state is liberated from backward educational situation which his government inherited.
Governor Aregbesola recalled the state of education on his assumption of office in 2010 which he described as deplorable and dilapidated with appalling and decadent infrastructures.
He said, “Our government made a concrete resolution to revive the decadence in the education sector having being informed on the need to prioritise education.
“It is on this template that our government resolved on the need to building uncommon legacies at all levels of education system by nurturing future leaders.
“We have also adopted overhauled policies aimed at repositioning the education sector and bring in innovations to aid teaching and learning and as well rescue the future of our children.
“Our government is succeeding in the construction of 20 state-of-the-arts High schools, 50 Middle schools and 100 Elementary schools across the state.
Earlier, the Chairman, Osun Education Quality Assurance and Morality Enforcement Agency, Dr. Isiaka Owoade, commended Governor Aregbesola for leading the state towards educational sustainability.
He said education in Osun has received a tremendous amount of attention since the inception of the Aregbesola administration.
According to him, the Governor has demonstrated an unparalleled love and passion for education as manifested in the construction of new schools, refurbishment of dilapidated schools, creation of three education districts, increase in running grants to schools, school feeding programme (O’meal), provision of technological device, school chairs and desks among other interventions.
“Since education is the foundation upon which the fortunes of a society rests, thus, having invested so much in education, Mr. Governor went ahead to create Osun Education Quality Assurance and Morality Enforcement Agency, a step in the right direction to ensure that the state gets value from her numerous interventions.
“Our agency was established to ensure that the processes of teaching and learning are conducted in a fashion to deliver the highest standard quality in content and that the students produced are of sound character.
“Our agency has been ensuring that discipline in our schools is curtailed and that our students are properly guided and focused.
“We have worked out strategies for this and our home-grown education marshals fully trained in morality enforcement will soon be deployed.
“Parts of our commitment to education revolution in the state was to drastically improve the performance of our students in the various terminal examinations.”
He therefore assured the state of better quality service delivery, saying poor productivity will be frowned at as appropriate measures had been put in place to champion zero tolerance for lateness and absenteeism. 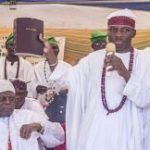