As The Centre Goes Osun Way 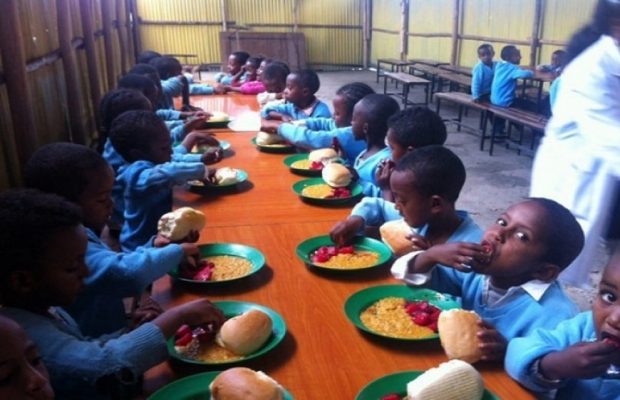 The Roman Emperor Pliny is often quoted to have observed that “out of Africa, there is always something new”. We can take liberties with this position and say that out of the Osun State in Nigeria’s south west we have seen a host of policy thrusts and initiatives now being adopted at the centre.

Recent examples include the launch nationwide of the conditional cash transfer which is aimed at tackling long term structural poverty. We also have the free schools feeding program through which the state government has provided nutritious school meals to thousands of its students. In the case of the school meals program there is a clear economic synergy. The program is interwoven to increase food production and thereby elevate living standards in the rural economy. These programs represent a fundamental social advance. They are also one of the few evidence available of the provision of “ a dividend of democracy”. For a change, to paraphrase a lyric from the sixties rock band The Christians, there is now the making of a harvest for the people. And about time too!
Much of the policy thrusts came out of the seven point’s agenda, the manifesto upon which the present governor of the state Rauf Aregbesola was elected. However, in the implementation of the agenda, the fingerprints of a coordinating agency of the state government – The Bureau of Social Services (BOSS) which the Aregbesola government specifically set up as a special purpose vehicle can be detected in these path breaking social intervention thrusts.
The eponymous BOSS is in itself coordinated by a Director- General, Femi Ifaturoti, a lawyer who is propelled by an philosophical belief in social intervention policies as a decisive element in the execution of the social contract which binds government with the people.
Under his beady eye, the agency has developed the framework to carry out its overarching responsibility to supervise, monitor, evaluate and report the performance of all the heads of Ministries,Departments and Agencies (MDA’S). A key mechanism used by the coordinating bureau has been the design and implementation of a framework for public value assurance.

The task requires paying meticulous attention to details. They have set the parameters for determining good governance which includes embracing democratic principles, developing apparatus and implementation, and finally ensuring that all the components stay on course to guarantee public service delivery which can only be measured by its impact on the off- takers which is defined as the citizens.
The quasi- independent agency of government is not just involved in project monitoring, but also measures the social impact of the activities of government. Its evaluation unit for example, can apply its performance measurement templates as evaluation parameters.
In the process they have developed the framework for the federal government to use as a prototype for its social intervention programmes.
A good example here is the federal government’s conditional cash transfer which is aimed at tackling long term poverty and is just taking off. The BOSS model pioneered in the state of OSUN has a prototype which drives the beneficiary. This is achieved by the design of a targeting mechanism in conjunction with the custody of a Beneficiary register for all the social safety net programs in the state.With the country belatedly developing social safety net programs, the data base is crucial for effectiveness, efficiency and transparency. The work of BOSS in OSUN state has provided for the federal government a veritable framework.
As the federal government commences the disbursements of N5000 stipends to poor and vulnerable households in nine states the BOSS model has been pressed into play. The pioneering work done in the state of OSUN is now the operating model. Of note is the development of the community- based targeting (CBT) mechanism.
The CBT exploits the personal knowledge that community members have of each other, so that the community itself takes responsibility for identifying vulnerable household’s and individuals. The CBT approach is a combination of three major actions (a) geographic targeting (b) community sensitisation (c) data collection and validation (proxy means and testing) exercise and entry into the database.
The same data driven methodology propels other initiatives such as the much admired school meals program.Apart from the federal government, Kaduna state is also using this mechanism as a social intervention programme.

The BOSS himself(the pun is intended) Femi Ifaturoti through this agency has demonstrated, not least to donors such as the World Bank that a social intervention agency can  effective in delivering on its mated objectives, but that it can also be transparent. It is a testimony to the ongoing debate in economic circles about government as social entrepreneur and innovator.
From this perspective, Femi Ifaturoti is adamant that government can be both innovator and social entrepreneur, “Governance after all, is about the welfare of the generality of the public. We are acquiring appropriate world class software to complement our process flow which has been designed as a hybrid, borrowing from the western, oriental and African democracies to evolve our own unique forms”.
As the country initiates more social programs BOSS will continue to be pivoted having initiated and pioneered so many schemes. It deserves a credit in the evolution of Nigeria’s social safety nets.