IT happened two years late but the wait was well worth it. On Tuesday, January 17, the Centre for Black Culture and International Understanding (CBCIU), Osogbo, Osun State rolled out the drums for a three-in-one celebration: the 50th anniversary of the Osogbo Artists’ Movement, launch of the Centre’s journal and a DVD of Orisa Dances of Nigeria.

Back in the 60s, when the late German linguist and teacher, Ulli Beier and his wife, Georgina, began organising art workshops for talented young people in and around Osogbo, little did they realise they were laying the foundation of what would become a global phenomenon.
Though the German couple had held an earlier workshop in 1963, it was products of the very successful 1964 training –Jimoh Buraimoh, Taiwo Olaniyi (Twins Seven-Seven), Muraina Oyelami and Adebisi Fabunmi–  that exploded creatively alongside Rufus Ogundele and Jacob Afolabi from the first  training to become foundation members of the Osogbo Artists Movement.
It was these people—though three (Ogundele, Afolabi and Olaniyi) that have since passed on—that were celebrated by the CBCIU two years after the Golden Anniversary ought to have held.
“We planned this exhibition for  2014 which would have meant 50 years since the commencement of the Osogbo Artists Movement but due to lack of sponsorship, it had been dragging since then till now when we are able to get sponsors,” Eesa of Iragbiji and one of the celebrators, Chief Muraina Oyelami, offered on why the event was delayed.

He added: “We didn’t want to call it 52 or 53 years; we want to make it a round figure because mathematically, 1964 to 2017 is more than 50. The main reason is to remember how we started and the contributions of people like Ulli, Georgina Beier, Suzanne Wenger, and writers like Ezekiel Mphalele, Professor Wole Soyinka, JP Clark, and Christopher Okigbo.”
His long-time collaborator, Chief Buraimoh, agrees, disclosing that “The essence of the exhibition is to re-launch the Osogbo Artists. It’s about 52 years ago that we started and we think it’s a golden year that we have to mark. Though it is coming two years late, we thank God that we are still living.”
Though the January 17’s show at the CBCIU featured just 13 works by three members of the group, Oyelami, Buraimoh and  Fabunmi, art aficionados and scholars of the Osogbo Art School have much to look forward to on Tuesday when the exhibition officially themed ‘Years of Osogbo Art’berths at Thought Pyramid Art Centre, Abuja, where it will run for a week.
Welcoming guests, including Governor Rauf Aregbesola, who was represented by his deputy, Mrs Titilayo Laoye-Tomori, kings, chiefs, academics, arts lovers and students to  the celebration, ex-Osun State governor and chair of the CBCIU Board, Prince Olagunsoye Oyinlola, began on a note of gratitude.
“I count it a privilege to welcome all here present to this event, which is designed to promote the rich cultural heritage of the Black race in line with the mandate of our organisation, the CBCIU. Specially and specifically, I salute Chief Olusegun Obasanjo. I want to acknowledge his worthy and patriotic effort that brought the CBCIU to Osogbo while he was in office as President of Nigeria. Let me also recognise with very immense gratitude, the presence of our chief host, Ogbeni Aregbesola.  Let me place on record the gratitude of the Centre to the governor. This event was not planned to be held here but by the grace of God and the understanding of the governor, he has made it possible for us to come back to this Centre,” the affable retired Army General said by way of salutation.
Oyinlola added that the day’s event also affirms that CBCIU is up to date in the execution of its agenda of promoting black culture and tradition. The Centre, he further disclosed, is paying attention to the preservation of works of the Osogbo Artists and encouraging them to teach the younger generation so that their good works will live after them.
The Okuku prince, who never missed the Osun Osogbo Festival during his tenure as governor, also stressed the need to address the erosion of Nigerian cultures by foreign ones, saying it is the collective responsibility of all. He noted that foreign influences are threatening aspects of our culture including languages, greetings, traditional songs, poetry, religion and traditional architecture.
He advised Nigerians to take advantage of advances in writing, technology and documentation to preserve our artworks and culture so that incoming generations can improve on them.  Prince Oyinlola also disclosed that going forward; the CBCIU will embark on the training of young people and students who will be mentored by the older artists including Chiefs Oyelami and Buraimoh because “any rite being practiced to the exclusion of students will not stand and nobody acknowledges anyone who takes wisdom to heaven.”
Oyinlola, who charged parents to release their children for the trainings that the Centre will commence, disclosed that the CBCIU has acquired the late Duro-Ladipo’s house and archives.  “We also welcome ideas and projects that will project Black culture to the rest of the world,” he concluded.

Governor Aregbesola, on his part, commended the CBCIU for distinguishing itself in the promotion of culture and the Black race since its establishment. The governor, who also touched on the several uniqueness of his state, commended the production of the DVD on Orisa Dances.He enjoined parents to ensure that they teach their children all aspects of Yoruba culture and charged the CBCIU not to rest on its oars.
But it wasn’t just speeches at the occasion, as Osogbo is also the home of performing arts. The Okuku Cultural Troupe, the late Timi Laoye’s son, who is also a drummer and some incredibly talented children entertained guests. There was also a sneak preview of the DVD before the presentation of volumes 1 and 2 of the CBCIU’s journal containing several scholarly papers.
Kings present at the event include the Ataoja of Osogbo, Oba Jimoh Olanipekun, the Aragbiji of Iragbiji, Oba Abdulrasheed Olabomi; the Oba of Ilobu, Ashiru Olayoye Olaniran, the Ooni of Ife, Oba EnitanOgunwusi, who sent a representative and Legushen of Ode-Ule in Ogun State, Oba Adesina Adekoya, the chief presenter.
Nigeria’s former Ambassador to UNESCO, Professor Michael Omolewa, Dean, Faculty of Arts, Obafemi Awolowo University, Professor Remi Adeoti and Chief Ifayemi Elebuibon, were also at the event. 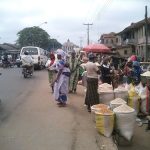