The Oyo and Osun state governments have paid N250 million each to the Ladoke Akintola University of Technology (LAUTECH) to end the crisis rocking the institution.

The Nation confirmed the development from a very top source in the university yesterday.
The source said: “Yes, both states have paid the amount as promised and the sum is now in the kitty of the university.”
LAUTECH students have been at home for eight months due to the industrial action by all categories of workers in the institution.
The crisis reached a peak last week when LAUTECH students protested to the Office of the Governor of Oyo State in Ibadan, the state capital.

While addressing them, the governor promised that each owner state would contribute a sum of N250 million to get back workers to their duty posts and build on it afterwards.
Governor Abiola Ajimobi said the sum would enable the institution to pay some salaries and reopen for academic activities before the end of this month.
Reacting, the President of the Students’ Union Government of the institution, Olatunde Bakare, commended the two governors, saying it was a way forward.
According to him, the sum, though not up to exactly what is needed to clear salary arrears for two months, would help kick-start the process of implementing the short term solution to the crisis.
Bakare said once the short term solution is implemented, it would pave the way for the
medium and long term solution the financial problem plaguing LAUTECH. He promised to confirm the payment. 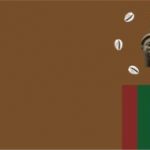