Sultan, Aregbesola, Others Pray For Nigeria

This was contained in a statement issued on Wednesday in Ibadan  by Alhaji Femi Abbas, a spokesperson for the Muslim Ummah of South West Nigeria (MUSWEN).
The event billed   to hold in Osogbo would have in attendance the Sultan of Sokoto  and President-General of NSCIA, Alhaji Sa’ad Abubakar,  as well as Gov. Rauf Aregbesola of  Osun.
Also expected at the prayer session are  Islamic scholars from South West Zone as well as Muslim organisations and groups.
The statement said that this was the first prayer session that the Osun Muslim Community would  be holding for Babalola who also doubles as the President of MUSWEN. 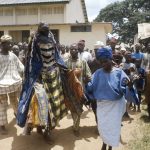