The World Bank has commended the Osun State Government for ensuring that all projects of the agency are monitored and implemented properly.
Task Team Leader, World Bank Abuja, Prof. Foluso Okunmadewa, gave the commendation in Osogbo at the mid-term review for YESSO/CSDP implementation in Osun State.
According to him, the relationship between the bank and the state government has been cordial and has brought fulfilment to the two of them.
The essence of the field visit by representatives of the World Bank is to assess the level of implementation  by the agencies concerned and to identify constraints to its success.
Prof. Okunmadewa, who hinted that a formal national session to assess the progressnation nationwide would be done early in March, stressed that the state technical sessions was to mediate on things that will improve the project.

Speaking with newsmen, the Coordinator of the Youth Employment and Social Support Operation (YESSO) in Osun State, Mr. Femi Ifaturoti, represented by the head of operations, Mr. Sola Adetoye, noted that 540 communities in 18 local government areas of the state have so far been registered in the programme with over 1,000 poor youths benefitting. 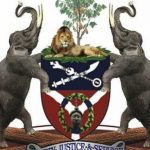 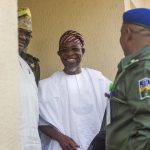