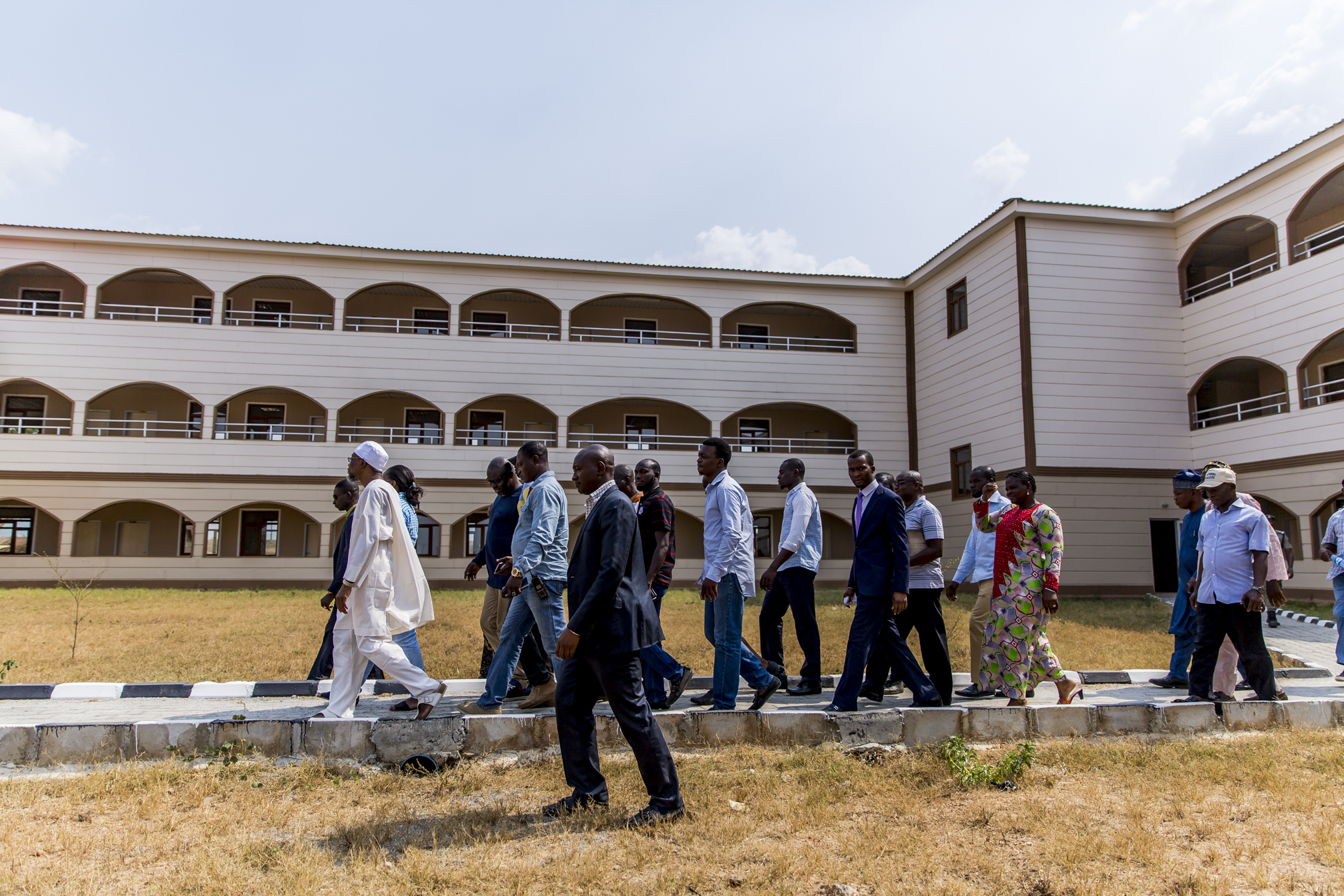 The Federal Government on Tuesday commended the Governor of Osun State, Ogbeni Rauf Aregbesola, for improving the atmosphere of learning in schools constructed in the state.

This was even as the Governor stated that state-of-the-art schools all over the state are designed to be able to attract the best brains from their catchment areas, especially draw intake from public schools, where excellence is also the watchword.

The Minister of Education, Mallam Adamu Adamu, who was represented by Prof. Kamoru Olayiwola Usman at the opening ceremony and commencement of learning in Osun State new high schools, stated that the Federal Ministry of Education is proud with the Governor’s efforts in education.


The Minister of Education also lauded Osun State for realising that education can only thrive in an environment that is conducive, saying it should not be limited to a situation when a person can only read and write, but how such person can impact positively on the larger society.

Adamu held that Osun State in no distant future will enjoy the seed that is being sown by the present administration with the building of the state of the art schools constructed across the state.

According to him: “I want to commend the governor of Osun for his initiative of taking education seriously.

“Education must not just be seen as just educating a person just to be able to read and write but a person who is built in character and learning.

“If we want to forestall what happened in Ife, we must continue to educate our people by making sure that we build more schools with an atmosphere that is conducive to learning.”

Aregbesola, in his opening address, said his administration has redefined the architecture and environment of quality education.

He added that schools being built will compete with any school in any part of the world, saying the high school is a three-in-one school with the capacity to accommodate 3,000 students.

According to him: “Each school has four principals with three superintending over 1,000 pupils each, and an overall senior principal.

“It is standard that each school has 72 classrooms of 49 square-meters, each capable of sitting 49 students.

“It has six offices for study groups.

“It is also equipped with six laboratories, 48 toilets for pupils and another eight for the teachers, one science library, one arts library, facility manager’s office, a bookshop and a sickbay.

“They are all fully furnished.

“The schools each has its own borehole and power transformer.”

Speaking earlier in her welcome address, the Deputy Governor, Iyaafin Grace Titi Laoye-Tomori, stated that the motive of the Osun State Government is to make the new High Schools centre of excellence that will produce students that are excellent in academic performance and will be grounded in the Omoluabi ethos.

Laoye-Tomori also added that in line with Aregbesola’s desire to have the best teachers in the state High Schools, the Governor has approved 20 per cent salary increment and dressing allowance for all the teachers and principals.

The Deputy Governor further stressed that the new schools principals will also be entitled to official cars, iPads and other prerequisite of office.

According to her: “These intensive interventions in the education sector constitute huge capital expenditure to which Mr. Governor is fully committed come rain or shine, economic recession or depression notwithstanding.
“Mr. Governor considers no amount of money too much to invest in the lives and future of our children in Osun.”

The Head Girl of the Ataoja Government Hign School, Eegunranti Victoria, described Aregbesola as “the Awolowo of our time” and a Governor who has made the impossible to be possible.

In Ede, the Principal, Adventist Government High School, Ede, Elder Dahunsi Osundina, also commended Aregbesola over the 20 per cent increment approved for the teachers in all the model schools built across the state.

The School Principal, who doubles as the state President of ANCOPPS, described the Governor’s initiative as a motivational driven force to improve on the teachers’ morale and as well boosting the teaching, learning and students’ performances.

He described Aregbesola’s administration as teachers-friendly, reiterating that the state has not failed in prioritising the welfare of the teachers even in the face of the present economic realities.

According to him: “This step taken by Mr. Governor would not only complement his visionary policy in the education sector but also motivate our teachers in discharging their duties.

“I am very happy with this initiative and kind gesture because this is a right step in the right direction for an improved teaching and learning in all the new schools built by the state.

“It is my belief that the 20 per cent increment would go a long way in motivating our teachers for quality service delivery and improved working condition as this would definitely have a positive impact and reflection in the performance of our pupils and students.”

In Ejigbo, the Ogiyan of Ejigbo, Oba Oyeyode Oyesosin, thanked Aregbesola for being at the forefront of rewriting the history of education in Osun State through the building of state of the art schools in the state.

The royal father said the new school will go a long way in attracting major development to Ejigbo sooner or later.
Oba Oyeyode said: “Today, we are writing history in Osun through the education sector and I am particularly delighted that Aregbesola is at the forefront of the history being written.

“Many people may not understand this today, but I tell you that Aregbesola has given us a major tool of development in Ejigbo through this school.

At the Osogbo Government High School, the Deputy Speaker of the Osun House of Assembly Rt. Hon. Akintunde Adegboye, who stood in for the Governor, commended the stakeholders in the education sector for their cooperation and commitment to the success of the story.

Adegboye stated that the government of Aregbesola is committed to the future of the students and the state which was why the reclassification of the schools are sweeping.

He urged the students, teachers and the parents and other stakeholders in the education sector to support this renewed effort to push the education of the state to the highest pedestal.

He said: “The school is fantastic.

“So are the teaching aids such as well-equipped library laboratories and computer center.

“The students will be very happy to learn and our teachers are good academically and very friendly towards the students.

“I consider this a very rare privilege and advise other students to work hard so that they can come and enjoy the learning facilities here.” 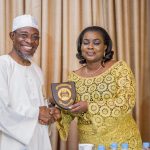 Why Majority of Nigerians Live Below Poverty Line, by AregbesolaMarch 22, 2017
Head of Service Urges Staff to Take Trainings SeriouslyMarch 23, 2017