Ile-Ife crisis: No reprisal attack in the north, says Kwankwanso 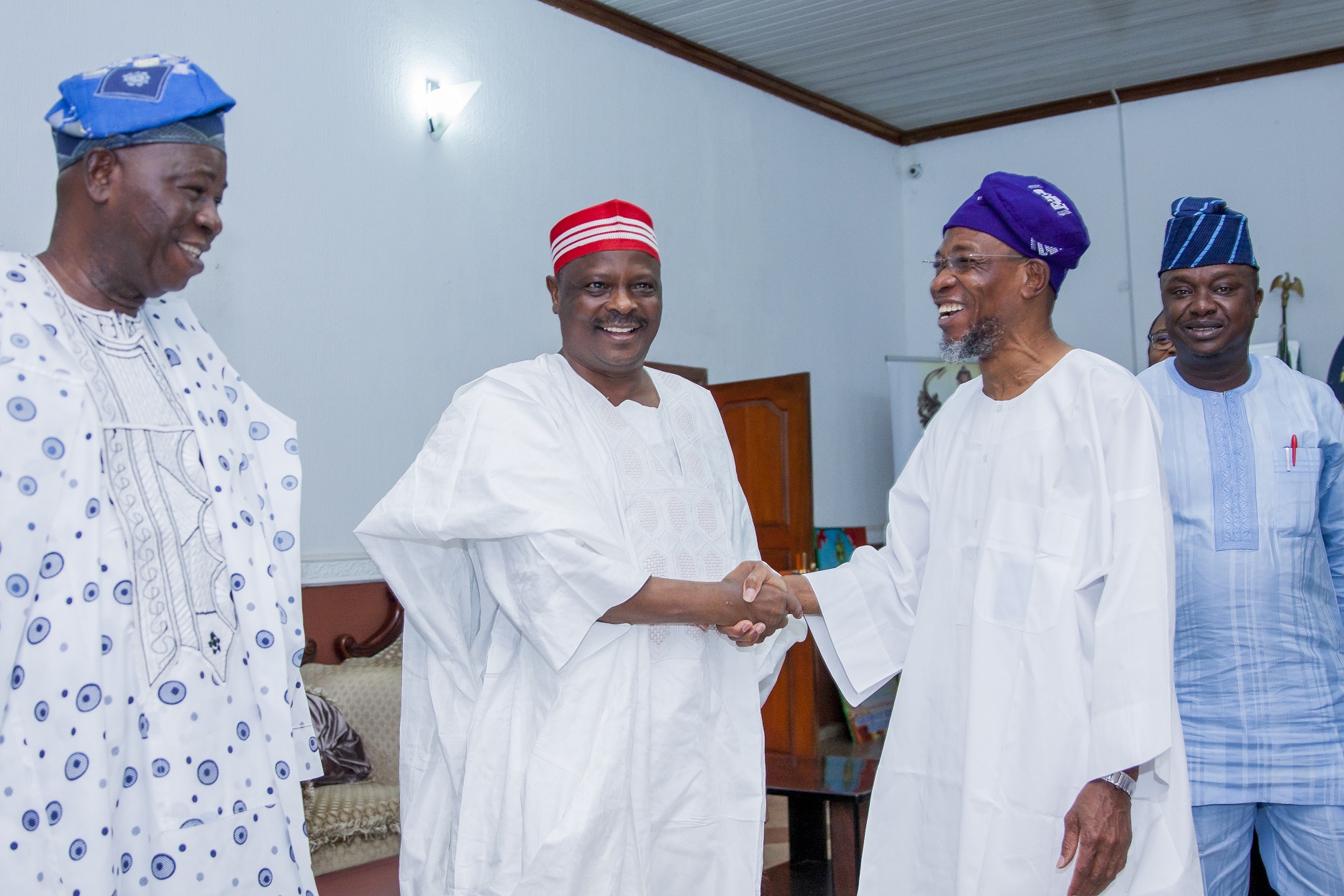 Rabiu Kwankwaso, senator representing Kano central district, says so far, there has been no reprisal attacks against the Yoruba living in the north, following the crisis which erupted in Ile-Ife last week.
Kwankwaso said this in the Sabo area of the ancient city after meeting with members of the Hausa community inside a mosque.

Accompanied by Rauf Aregbesola, governor of Osun and Babajide Omoworare, also a senator, Kwankwaso assured the non-Hausa in the north of their safety, saying he visited Osun to promote peace and the rule of law.
Earlier, he had visited Aregbesola at the government house in Osogbo, the state capital.
He cautioned reporters to be careful with reports so as not to spark another crisis in other parts of the country.
“I want to appeal to our media men and women to be mindful of how they report the crisis so that it won’t lead to a reprisal attack in other parts of the country,” Kwankwaso said.
“We should be mindful of what we write and use on our conventional media and the social media as well, we need some sense of responsibility from our media houses.
“We are not saying you should not do your job, but you should know that you also have a responsibility of maintaining peace in our society.”
Kwankwaso commended Aregbesola, “his brother”, for curtailing the situation on time, thus avoiding what could have been a disaster.
He said as soon as he got wind of the crisis, he put a call through to Aregbesola, who assured him that the situation was under control.
“As soon as I got to know about the crisis, I put a call through to my brother, Ogbeni Aregbesola, who promised me on phone that he was already on top of the situation,” he said.
“I am happy that when I got here, members of the Arewa community corroborated what he told me on efforts at ensuring the safety of my people.”
He urged members of the Hausa community in Ife and other parts of Osun to embrace peace and unity, advising them tp regard wherever they live as their home.
Aregbesola, who accompanied Kwankwaso to the scene of the crisis, for an on-the spot assessment of the situation, said more than twenty people who were reported to have participated in the crisis have been arrested and will be made to face the law.
He described the people of Osun as peace loving and accommodating, adding that what happened was just accidental.
He noted that Yoruba people may fight one another but they are always protective of and friendly with visitors.
“What caused the crisis was a minor disagreement. We are afraid that those who want to cause chaos in the country might be behind this crisis,” Aregbesola said.
“Yoruba may fight one another but they will not fight with their visitors. We are very peaceful and if you look around you will find out that enemies of peace are at work and they are few.
“And we don’t know what their aim or interest was in causing this crisis. Perhaps they were sponsored because I have never heard that Yoruba and Hausa fought each other in Ife before but there might be misunderstanding and it would not be more than that.
“God has created and put us together in Nigeria. We must therefore live together in harmony. We should not allow agent of division to cause disaffection among us.”