Tinubu, Aregbesola, Others Urge Political Scientists to get Involved in National Development 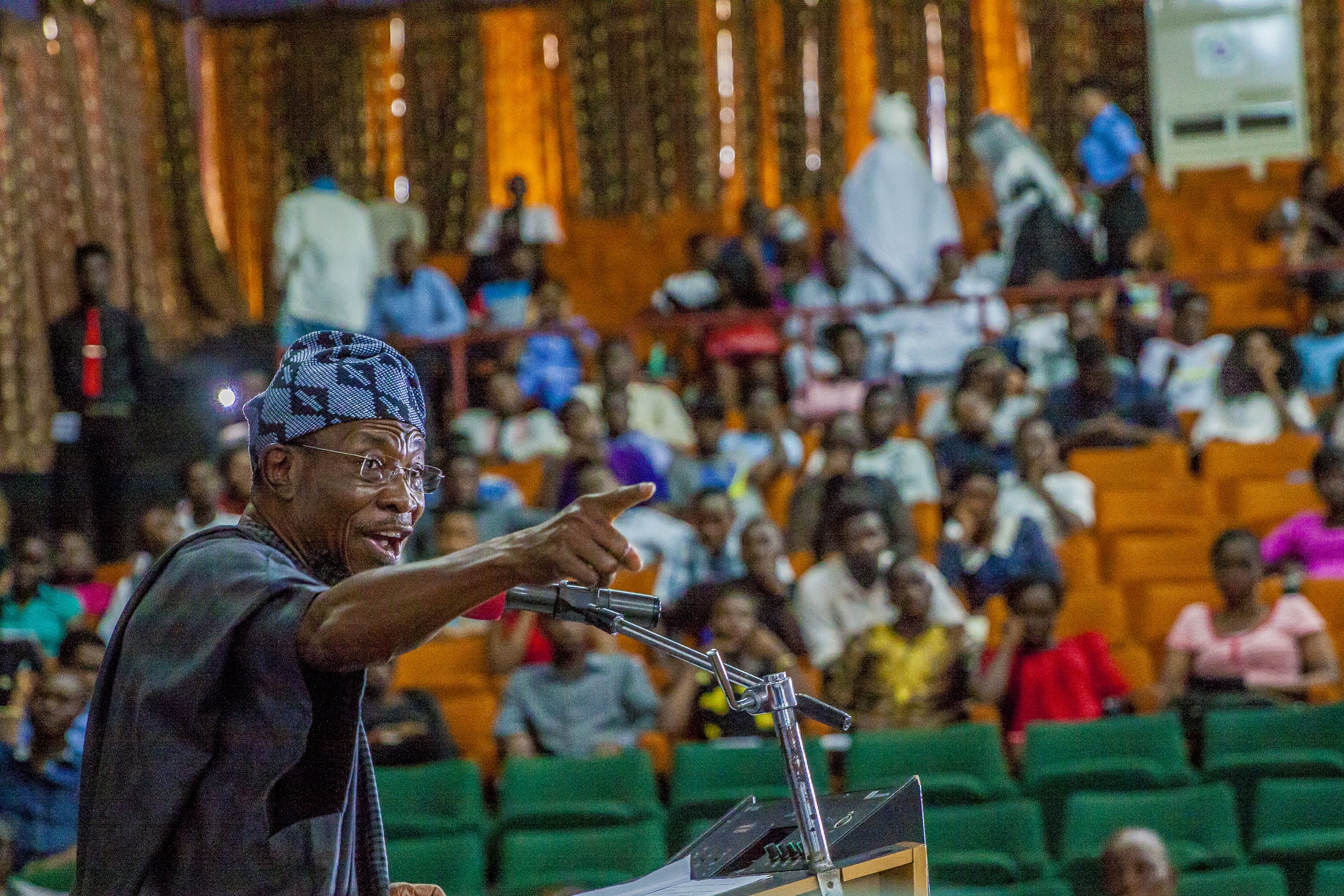 The Governor of Osun, Ogbeni Rauf Aregbesola, has said that all hands must be on deck to ensure that democracy offers the best opportunity for governance and nation building.
‎

The Governor, at the 2017 South-West conference of the Nigerian Political Science Association (NPSA) held at the Obafemi Awolowo University, Ile Ife stated that leaders are not just elected to massage their ego or put in a position of dominance over other competitors for power‎, but for power to exercise responsibility for the development of the people.
Aregbesola called on political scientists in the country to be more focused on taking assertive positions on issues of national interest as a means of contributing to national development.
He described politics as a primal activity which any society that wants development and progress must do everything possible to get right.
The Governor who said politics is central to everybody who dwells in a community also charged the political scientists to make their voices heard loud and clear by the leaders of the people.
Speaking further at the conference which has as its theme: “Democracy, Nation-Building and National Development in Nigeria” the governor asserted that political science researches should not just be done for the purpose of gaining promotion alone but should be made to develop the society or else such research is useless.
On the relationship which should exist between the academic environment and the society, he stressed that the major challenge for Nigerian universities is the need to create a mutual relationship with the larger society so that the people can benefit.
The Governor noted that democracy remains the best and offers the best form of governance if supported and backed with the right ingredients especially by the academic environment.
According to the Governor, “Political science research findings should be made public, not just for obtaining promotion and professorial chairs. Any academic discipline must be relevant and responsible to the society.
‎
“In the developed world, progress comes from application of knowledge in science and technology, administration and other academic disciplines.
‎
“You should also find a way for robust intercourse between town and gown. Political scientists should get more involved in politics and administration in order to enrich their knowledge base. Sound theory added to sound practice equals sound knowledge.
“On the other hand, well-practised politicians should be appointed as faculties in political science departments to be able to share their experience through teaching, research, seminars and publications”.
In his remarks, the National leader of the All Progressive Congress (APC), Asiwaju Bola Tinubu, said a nation that desires progress must have a visionary leader and can translate such vision into concrete achievement.
‎
Asiwaju, who was represented by Professor Adebayo Williams, argued that a leader, who has no objective, could not be a strategic leader.
‎
He lamented that majority of political leaders focused more on how to get power and control government rather than what they can do with power to transform human lives.
‎
He advised politicians to focus more on the development of the country and the promotion of well-being of the people of the country.
‎
“A leader of the people must have a coherent vision in his mind and work assiduously to translate it in concrete things.
‎
“There can’t be strategic leadership where conscious objective is lacking. Conscious objective and coherent vision are some of the ingredients of nation-building.
‎
“Most often time, leadership here is short-sighted, focusing more on power and control of power and government rather than on result-oriented programmes,” Tinubu said.‎
‎
In his lecture entitled: “Democracy, Nation-building and Development in Nigeria,” the keynote speaker,who is a former Vice Chancellor of Ekiti State University, Professor Dipo Kolawole, said Nigeria has been suffering from poor leadership since independence.
‎
Prof. Kolawole argued that democracy will end in failure if there are no proper instrument monitoring and evaluation.
‎
He averred that democracy still remains the best form of government anywhere it is being practised in the word, but advised that politics of it must be played according to the laid down rules for there to be peace, progress and development.
‎
“Leadership has been the problem of this country since independence. We have been suffering from underdevelopment of leadership.
‎
“There is no gainsaying the fact that democracy still remains the best form of government.
‎
“But it cannot be left alone on its own without the proper instrument of monitoring and evaluation. And unless this is done, there is bound to be chaos and anarchy,” the university don said. 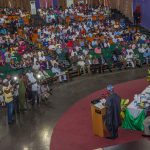