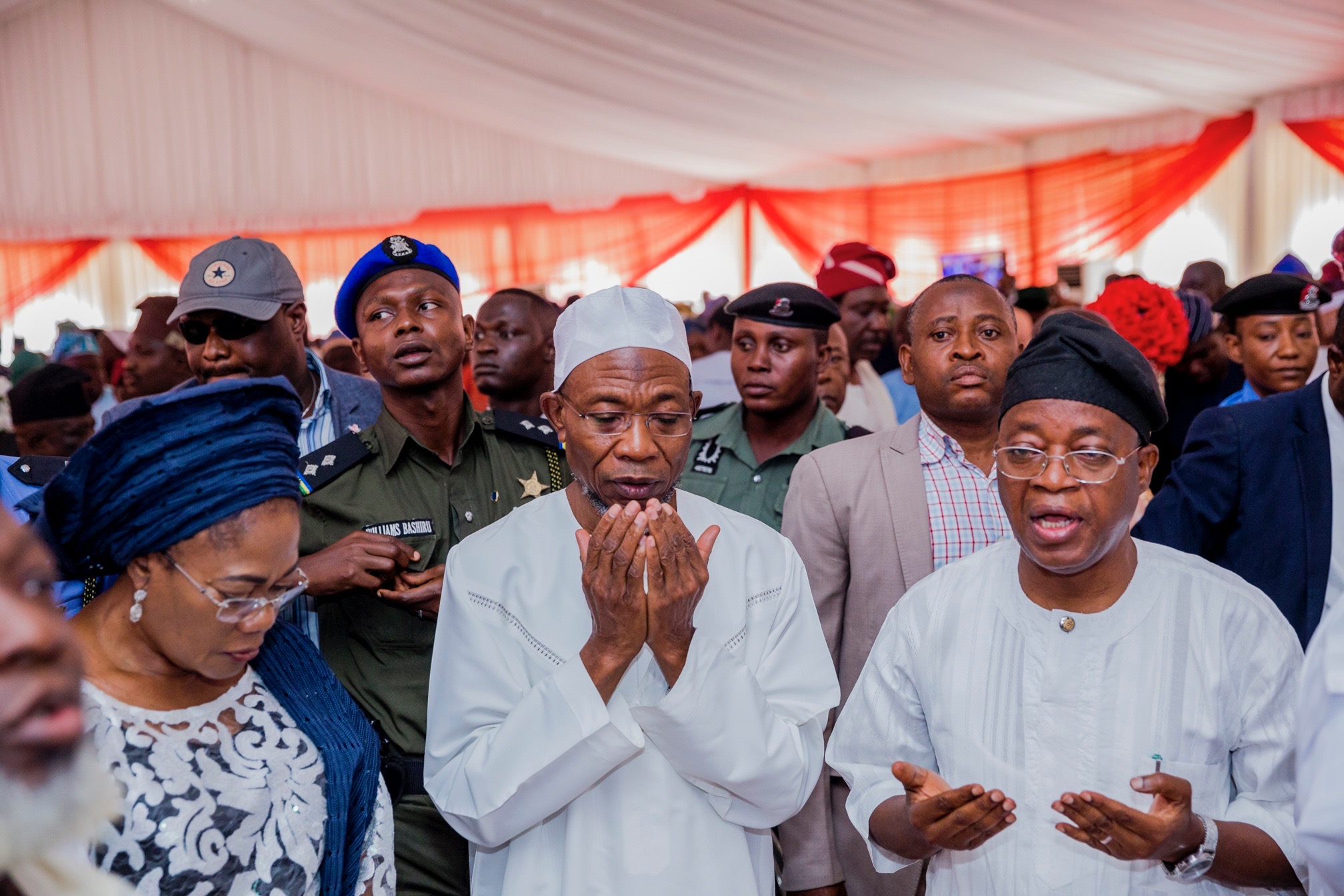 …As Aregbesola leads others in state burial for Osun’s first civilian governor.

Clerics on Monday in Ede, home country of first civilian governor of Osun, Senator Isiaka Adeleke, described the life of the former governor as a worthy one that should be emulated by all.
This was as Governor of Osun, Ogbeni Rauf Aregbesola, led  other dignitaries at the 8th day Fidau by the state that converged on Ede, the country home of the late Senator Isiaka Adeleke for his eighth day Fidau prayers.
Senator Adeleke died on Sunday 23rd April 2017.
Aregbesola led the entire state officials to the burial ceremony where family members and other well-wishers all gathered to pray for the repose of the soul of the former.
Secretary to the State Governor, Alhaji Moshood Adeoti, who spoke briefly on behalf of the government, thanked everyone present for their love and concern for the family and the state and prayed for the repose of the soul of the late senator.
The gathering equally had in attendance former governors, lawmakers, monarchs, friends and well-wishers, who came to pay their last respect to the deceased and commiserate with the family members.
Prayers were offered for the repose of the soul of the late politician, who was until his death the Asiwaju of Ede Land.
In their sermons, the two Islamic clerics emphasised the emptiness of the world and praised the sterling qualities of the late Senator.
They disproved the insinuation making the rounds that Senator Adeleke was killed by some forces within the political circle, saying only God, who created souls, can take them as He pleases without consultation with anyone.
In one of the lectures, the Chief Imam of Offa, Sheikh Muideen Salmon Hussein, stated that except Allah wills that a person shall be killed in a particular manner or from action or inaction of a fellow human being, no one can kill another person.
According to Sheikh Hussein, Allah is the custodian of everything he created and he does with them as it pleases Him, including allotting them a time to die as it happened in the case of Senator Adeleke.
He said: “No one can kill a fellow human being except with the knowledge and permission of Allah. It is Allah that creates and it is He that kills. So, the notion that Senator Isiaka Adeleke was killed was an erroneous one.
“We should erase it from our mind and our thought that some people killed Adeleke. Allah created Adeleke. He made Adeleke governor. He gave him good life. He blessed him. He made him Senator. In fact, Allah made all Adeleke became in life possible.
“Who then killed him? The same Allah! That is the age Allah allotted him to spend on the surface of the earth. Don’t let us say what will infuriate Allah because Adeleke’s death was painful to us.
“He lived one year less than Prophet Muhammad (SAW). Adeleke spent 62 years while Prophet spent 63. We should therefore be thankful to Allah that Adeleke led a good life, one worthy of emulation.” 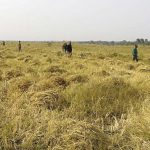 Osun Explains Plans to Dominate Southwest AgricultureMay 1, 2017
You Shall Not Labour in Vain -Aregbesola Tells WorkersMay 2, 2017