Aregbesola: I’ve Made Big a Difference in Osun 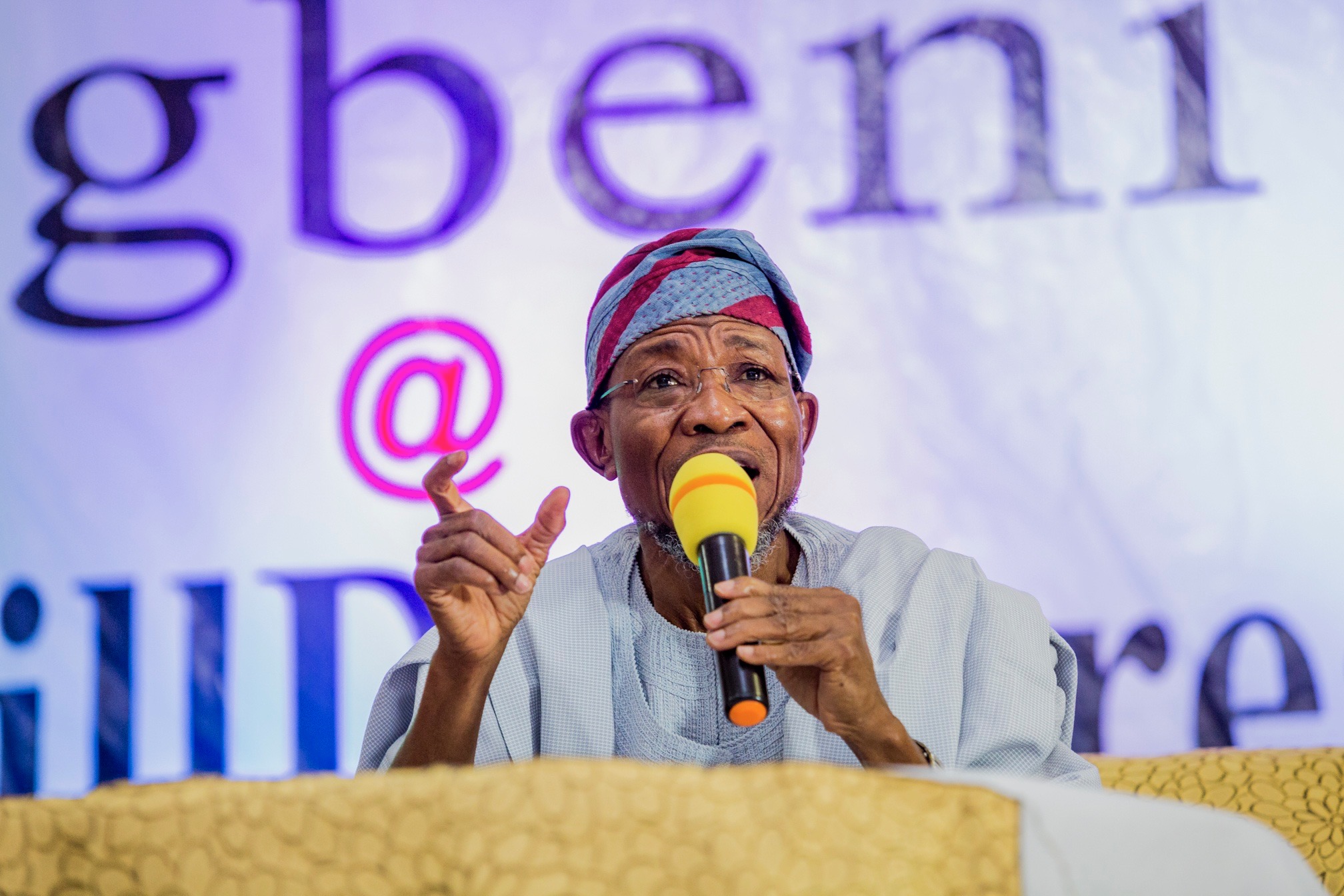 At the popular audience participation programme, ‘Ogbeni Till Day Break,’ in Osogbo, capital of Osun State, Governor Rauf Aregbesola has rendered account and solicited support from the people for his programmes as the state prepares for a succession battle. Group Political Editor EMMANUEL OLADESU reports.
How should a poor state be administered in a period of national economic adversity? Focus, financial creativity and adjustment, resolve, courage and commitment to the vision of a greater tomorrow may serve as the bridge between despondency and survival. The audience at the popular accountability programme, ‘Aregbe Till Day Break,’ in Osogbo, capital of Osun State, agreed at the weekend that Governor Rauf Aregbegbe has led the state from economic despair to a new period of hope through sheer administrative prowess.

For more than six hours, from midnight, the governor tendered his score card before the people. He was on the popularity weighing scale at the WOCDIF Event Centre, the venue of the event. He responded to probing questions with vigour and aggression. In a sense, the governor was combative. Reeling out facts and figures, he convinced the audience that governance was not a tea party in a period of national distress. Accompanied by Deputy Governor Grace Laoye Tomori and other aides, Aregbesola, after explaining some of his projects, would ask his permanent secretaries and other state officials to shed light on the people-oriented programmes, government’s constraints and prospects of early completion.
In another breath, the governor also brought a personal character to bear on the televised programme. A DJ was on hand for an interlude. So were iterant drummers and praise singers. It was electrifying. Their intervention was to complement Aregbesola’s magnetism and aura and to make people stay awake. ‘Aregbe Till Day Break’ was a carnival-like event characterised by a display of statesmanship and showmanship by the governor.
The governor’s achievements are visible in the nooks and crannies of the state. They are felt from the boundary towns to the capital. Various callers hailed the governor for spreading the projects evenly. But, they also asked for more.
Under his transformationl leadership, cosmopolitan Osun State, which has the largest number of towns in Nigeria, has become a huge construction site. The Gbogan Junction Bridge is a sight that fills commuters with awe. There is no local government where a road project is not on-going. It is a clear departure from the past. In fact, the event was revealing. More towns and villages asked for more roads, which the resources of the state cannot accommodate.
Despite the giant strides in road construction, critics believe that not much has been done. Besides, they have alleged that the contracts were inflated. This drew the ire of the workaholic governor, who gave himself a pass mark. He acknowledged that billions of naira have been spent on the roads, which have the special characteristics of concrete drainages. They are cost-effective and government is prudent and transparent. Some of the roads and bridges commemorate historical dates in the state.An engineer, Aregbesola explained the cost implications of qualitative road construction, which made him a trail blazer in infrastructure battle. He said: “The cost of roads are not the same anywhere in the world. We cannot compare the cost of a kilometer of road in each of the states. Our roads are done with the active participation of officials of the Ministry of Works, with absolute transparency in the rate and cost. The rate is in line with the international standard. You should ask how much they construct roads in other states. You can’t compare our roads with sensational roads. We have not inflated the cost of any of our projects.”
Aregbesola added: “In the history of Osun, the quality of roads we are constructing has never been seen or done by any government. Also, no administration has constructed the number of bridges constructed by our government in the last six years.”
The governor challenged his critics to prove their allegation of contract inflation. He said his personal lifestyle abhorred theft, graft and corruption. “They say I inflated contract. I have no building of my own in Ilesa, my home town. And they say I am inflating contracts. I don’t spend money anyhow. I don’t look at women anyhow.”
The governor praised the House of Assembly for supporting the executive to succeed. Noting that no money can be spent without the approval of the legislators, he said it is their right to claim any project executed by the administration in their constituencies.
To demonstrate the frugality of governance, Aregbesola has bridged the loopholes. Frivolous spending is old fashioned. Even, despite the high concentration of intending Christian and Muslim pilgrims, he has cancelled pilgrimage sponsorship, owing to paucity of funds.
The governor reminded the people of their civil obligations. Describing governance as a collective enterprise, he urged them to pay their taxes and rates.