The Justice Moshood Adekunle Adeigbe-led Committee for the Review of the Osun State High Court Amended (Civil Procedure) Rules, 2008 will begin its assignment with the inaugural sitting on Wednesday 26th of
July at the Osun State High Court Complex, Ilobu Road, Osogbo.
This was contained in a statement issued by the Secretary to the Committee Mr. Asimiyu Adebayo.
According to the Secretary, the Committee welcomes memorandum from respective stakeholders in the justice administration sector, inclusive of honourable judges, Magistrates, state Counsels, the Nigerian Bar Association, the academia, as well as the general public.
The statement further stated that such memoranda should be submitted in seven (7) copies through the office of the Secretary of the committee, at Osun State High Court Complex, Ilobu Road, Osogbo, within two (2) weeks.
According to the statement, such memoranda should contain the proposed amendment and the existing rules of Osun State High Court Amended Civil Procedure Rules, 2008, to which it relates; The nature of the
proposed Rules where a new provision is being proposed; Explanation and justification for the proposed amendment to the existing Rules and or insertion of a new provision.
It would be recalled that the State Chief, Judge, Honourable Justice Oyebola Adepele Ojo, did recently inaugurate a six-member Committee to do a Review of the Osun High Court Amended (Civil Procedure) Rules,
2008. 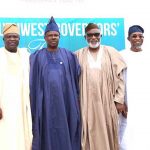