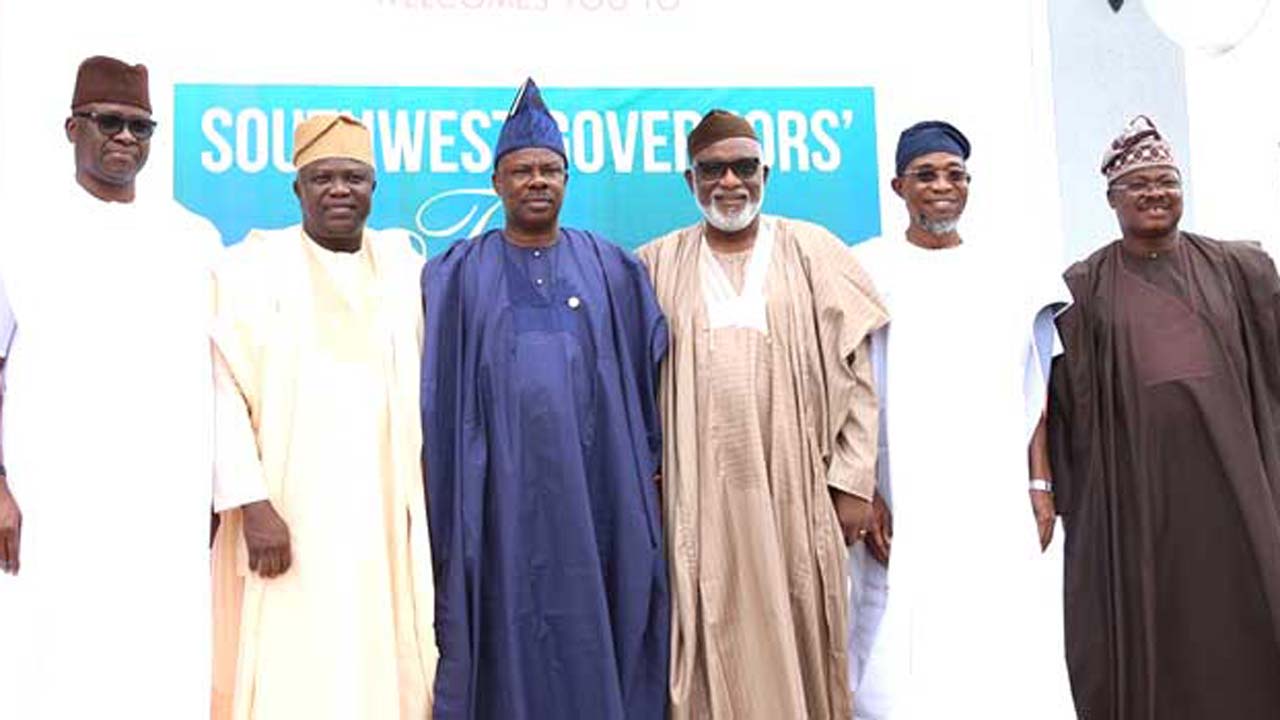 The South-West governors yesterday met in Abeokuta, the Ogun State capital, to deliberate on how to chart a common agenda to fast-track the development of the region.

The meeting, hosted by Ogun State Governor Ibikunle Amosun, was attended by all the six governors in the region, including Abiola Ajimobi (Oyo), Rotimi Akeredolu (Ondo), Akinwunmi Ambode (Lagos), Ayo Fayose (Ekiti) and Rauf Aregbesola (Osun).
They met under the aegis of Western Nigeria Governors’ Forum, a meeting put together by Development Agenda for Western Nigeria (DAWN), a technocratic institution for the sustainable development of the region, which according to Amosun, had been the vanguard for socio-economic and re-engineering of the South-West.
At the end of the four-hour meeting, all the participants agreed that regional integration as a sustainable economic development paradigm presents the Western Region, and indeed the whole of Nigeria, a pathway into economic prosperity for all.
A communique read by Amosun stated, among others:
• “A joint task force and joint actions will be pursued and sustained on security threats to guarantee the safety of lives, property and prosperity of the people of the region.
• “The competitive advantage of constituent states would be harnessed for sustainable regional development.
• “In order to improve the food security of the region, DAWN should convene a regional agric summit to be held in Ibadan.
• “Approval is given for the establishment of a Western Nigeria Export Development Initiative (WENEDI) to drive the export potentials of the region.”
• “A committee be set up for codification of our values and ethos as an instrument of Yoruba uniqueness to strengthen our identity and unity of purpose.”
Also, the governors agreed that the artificial boundaries of states, religions, political affiliations, among others, would not be a barrier to regional development and urged all the states to be encouraged to significantly improve bilateral and multilateral co-operation to foster regional development.
Amosun had in his welcome address charged his colleagues not to allow themselves to be used as “instruments of division”.
He stated that creation of states from the Old Western Region in 1976, which should have been an impetus for development in the South-West, had been “allowed to create artificial boundaries between the Yoruba nation.”
“To further worsen the situation, some of our people are also making themselves available as instruments of division because of their selfish political gains. The consequence is that our people begin to see themselves as a people of one state or the other rather than as a sub-unit of the entity of the Yoruba people,” he said. 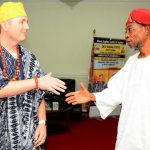