The Governor of the State of Osun, Ogbeni Rauf Aregbesola, has reiterated the call for a united and strong Nigeria whose central and historic position on the black continent must be realised for the black race to take its rightful position.

He made this call when the Christian Association of Nigeria (CAN) paid him a courtesy call cum condolence visit on Thursday.
The National President of CAN, Rev. Dr Samson Ayokunle, had led some Christian Associations to the government house to pray for the repose of the soul of the late mother of the Governor, Alhaja Saratu Aregbesola, who passed on recently.
Aregbesola said Nigeria must not fail as a nation if it is to fulfil the roles and responsibilities history placed at its doorstep as the champion of the black race.
According to him, a united Nigeria is capable of taking the black race to its rightful place, stressing that Nigerians should always remember that they are the only race that can make a mark in the world.
The Governor, who called for other bodies like CAN to support and pray for the country, added that for the black man to have headway in the world, then Nigeria must not fail.
He explained that for Nigeria live up to performing its roles in uplifting the black race in the world then all hands must be on deck to support it to achieve the goal of making the black man important.
He said, “We need to begin to realise as a nation that we are the only black nation that can assist the black man to make a name in the world.
“Nigeria must not fail, if we must achieve  this task and play this big role on behalf of all black race,  we  should all begin to work towards supporting Nigeria to achieve it.
“I want to call on all well meaning groups and bodies in Nigeria to believe in the Nigerian dream and work towards realising it.
“We need to believe in ourselves as a nation for others to believe in us because this is the only way the black man from any part of the world can have a face.
“We need to begin to see Nigeria as project which must not fail and must never fail.  Failure of Nigeria will be a disaster for the black man anywhere in the world,” Aregbesola stated.
He thanked the CAN president for the condolence visit saying that he is happy that his mother died at a good time without stress, praying for all to have the opportunity of exiting the world at a time one will be celebrated.
“For my mother to have had the privilege of giving birth to me, I can say that she died a very good death and am grateful for that.
Delivering his condolence message, CAN President, Rev. Dr Samson Ayokunle, said it is worthy of note that the late mother of Governor Aregbesola spent quality life while on earth, saying the quality of the life she lived was portrayed through the achievements of Aregbesola as a governor.
Ayokunle, who is also the President of the Nigerian Baptist Convention,  also added that Alhaja Saratu Aregbesola died at a good time because she died at time when her demise brought about a lot of honour to her.
He noted that the quality of life she lived is made manifest in the lives of her offspring, Governor Aregbesola inclusive, saying the good and hard work of the Governor must have been taken from Alhaja Saratu Aregbesola.
“We at the CAN Headquarters received the news of the death of Alhaja Saratu Aregbesola with a great shock.
“We are grateful to God that she led a quality life, which is made manifest in the lives of her offspring of which you are one of them.
“It is my prayer that God strengthen you, the Aregbesola family and the entire state to overcome the loss.
“He will strengthen you so as to continue to impact on your generation positively,” Ayokunle said. 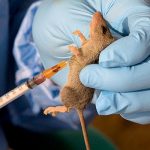