No Hiding Place For Criminals in Osun 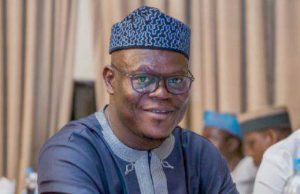 Dr. Ajibola Basiru is Osun State Attorney-General and Commissioner for Justice. In this interview, he discusses the strides taken by the Ogbeni Rauf Aregbesola-led administration in judicial reforms, law and economic development. Legal Editor John Austin Unachukwu met him.
A reformed, modernised legal and judicial sector is a sine qua non to socio-economic and democratic growth. What is the position in Osun State?

Ogbeni Rauf Aregbesola during his electioneering campaign published the ‘Green Book’ titled: ‘My pact with the people of Osun State.’ The Green Book is the manifesto of the Aregbesola administration and in it he made a documented promise that his government will ensure speedy access to justice for all individuals in Osun State by reforming the courts system and procedural rules, introducing alternative dispute resolution (ADR) mechanisms and free legal services.
So, how has he addressed these promises?

To address these electoral promises, the Aregbesola government has made legal and judicial sector reform critical aspects of governmental intervention. This is because development ought not to be at the pleasure of a benevolent leader; it must be institutionalised and made sustainable. It is also apposite to state that in order to galvanize the needed socio economic development of the State, his administration has no choice but to embark on aggressive legal reform initiative.

Can you give us a sectoral break down of these legal reforms initiatives?
The legal reform initiatives cut across key sectors, including public finance management, revenue generation, education and human capacity development, urban renewal and environment, governance and security, judicial sector reform, health, safety, agriculture and food security and the institutionalisation of social welfare schemes.
What is the philosophy or principles behind these reforms?
The objectives of the legal reform initiatives of the Aregbesola-led administration is to modernise governance, institutionalise good governance practices, facilitate and support investment, improve security and social welfare, promote public good and realise the Six-point Integral Action Plan of the Administration.
Law is seen as a catalyst for economic development. The Nigerian legal regime seems to be different.

The problems with the Nigerian legal regime for economic development are myriad and are indicated by archaic or multiple laws and regulations, overlaps in administrative and institutional structures, absence of laws in critical areas and a general state of confusion that is a disincentive to investment by local and international investors and entrepreneurs. 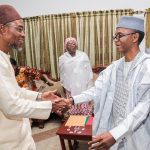