The Osun  government has approved a construction of a multi- million naira golden gate in Iwo.The Chairman of Osun State Tourism Board, Engr. Abimbola Daniyan, made the disclosure to the Oluwo of Iwoland, Oba Abdul-Rasheed Adewale Akanbi, in Iwo.

Oba Akanbi, who was full of appreciation to the Rauf Aregbesola administration, later led Danyan and his team to the outskirts of Iwo towards Papa, a boundary community between Osun and Oyo States, where the proposed golden gate would be erected.
Speaking at the site, Oba Akanbi said the golden gate after its completion would enhance the security of the state from Iwo end being entry point into Osun from Oyo State and also serve as a source of revenue for tourism.
The Oluwo said he proposed the gate to the state government mainly to ensure  the security of lives and property of his subjects.”The gate will be a demarcation of territory between Osun and Oyo States to prevent an encroachment. The demarcation lays credence to the identity of each community in land mass with respect to economic and social interactions. And as such, most first time visitors will be made to know they have crossed into a new domain. 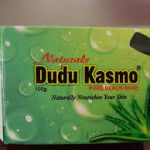