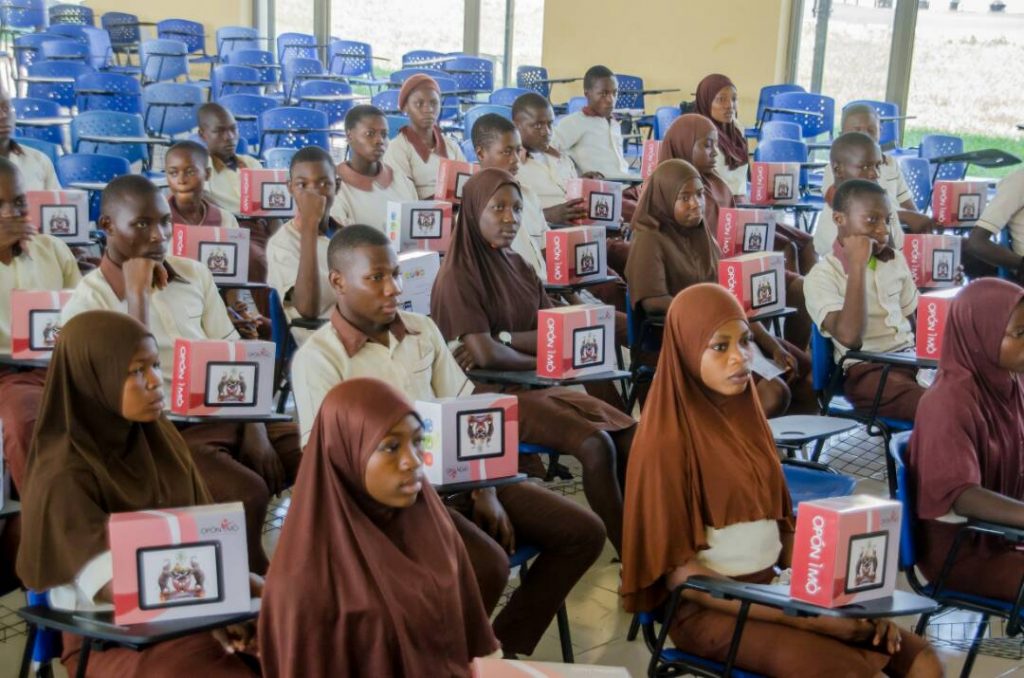 This was revealed in a detailed FACTSHEET on Osun WAEC results over the last 13 years based on WAEC data; effectively 7 out of very 10 Osun students in the 2018 WAEC examination had A1 – C6 grades for Mathematics.
In a press briefing on Wednesday in Osogbo, the State of Osun Commissioner for Education, Mr Kola Omotunde-Young said in a total number of 36, 107 candidates that sat for May/June West African Senior School Certificate Examination (WASSCE) in 2018 in the State of Osun, 70.7%, 75.2%, 53.56% and 70% of the total number of candidates passed General Mathematics, Further Mathematics, English Language and Financial Accounting with at least credit passes respectively disaggregating the pass rate using subject basis.
Young said “Out of the total number of candidates, 19,496 candidates corresponding to 54.01% of the total number of candidates had at least 5 credit passes (including Mathematics and English Language). This is the best performance the State of Osun has attained within the last 13-year period.”
“The factsheet also presented a 13 year analysis of WAEC results in the state, from 2006 to 2018. The analysis shows a steady improvement in average pass rates of 10.95% in 2006 to 54.01% in the just concluded 2018 WAEC results. The last result being the best showing for the state in the last 13 Years.”
Omotunde-Young posited that before the advent of the current administration of Ogbeni Rauf Aregbesola, the best performance recorded in the period analyzed was 15.6% in the year 2010 but within the first term of the current administration between 2011-2014 , an average student performance of 20.82% and best result of 22.24% in the year 2014 was recorded.
The Commissioner for Education explained further that “the state recorded even better performance in the second term of 2014-2018 wherein the average pass rate was 40.89% and best performance was 54.01% in the year 2018. These results as derived from WAEC data, empirically proves the impact of the almost 8 year focus of the current administration on basic education as the foundation for repositioning the state for a better and more productive future.
He urged the conference to duel on fact based analysis that is provable and defensible, demanding that anyone who feel doubtful should reach the WAEC office to demand same data for analysis.
The Commissioner condemned the dubious efforts of the opposition to manipulate the performance of the state in WAEC with the very callous aim of undermining the unprecedented investment the current administration made in Education.
Mr Young also used the opportunity to debunk the claim the administration only focused on the infrastructure side of education reform. He clarified that, through its State Universal Basic Education Board (SUBEB) alone, the State trained 29,695 teachers over 8 years, being an unprecedented feat in the state and arguably in the south west region. The report also provided a breakdown of year on year training from 2011 to 2018.
He revealed that the State sought out the best to deliver its training programs, working with reputable organizations like the National Institute for Educational Planning and Administration (NIEPA) , National Teachers Institute , Obafemi Awolowo University, OAU , Osun State University UNIOSUN among others.
The State Government through the commissioner stated that “the report was produced based on WAEC data and it incorporates raw data as supplied by WAEC for transparency. The Commissioner averred the data used can be independently verified from WAEC. The report will be shared with the media, non-governmental organizations and interested parties. It will also be publicly available on the State’s Website.”
“While recognizing that more can be achieved in advancing basic education reform , the State is proud of the bold achievements recorded in the last 8 years and feels grateful to have the improving WAEC results to show for it.
He concluded that the reform efforts in Teacher Training, School Reclassification , School Feeding , Tablet of Knowledge (Opon Imo) for High School Students to prepare for WAEC Exams, School Infrastructure Revamp among others are bearing fruits.
“Osun has set its course right in the area of education and is becoming a shining example in the area of public educational reform for the Nation and beyond”.