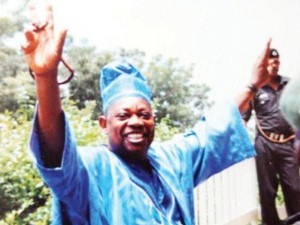 The Governor of Ogun State Ibikunle Amosun and his Osun State counterpart Rauf Aregbesola, on Saturday, said they would name a museum and an airport after the late Chief M.K.O Abiola.
The governors announced the plans at a book launch to mark the 76th posthumous birthday of Abiola at the June 12 Cultural Centre in Abeokuta.
The book titled, ‘Bashorun M.K.O Abiola: Okunrin Naa’ was written by Pa Razaq Osunjenrola.
Amosun, who was represented by Chief Olu Odeyemi, the Commissioner for Special Duties, said that the plan was part of measures to immortalise Abiola.
“There is no level of respect or honour accorded to late Abiola that is too much considering the sacrifice that he had made for the present democracy being enjoyed by Nigerians today,” he said.
He said the museum was part of the projects earmarked in the 2013 budget of the state, adding that work would soon start on it.
The governor gave assurance that relevant books as well as other works that could promote the legacies of Abiola would be made available in the proposed museum.
Aregbesola, who was represented by Mr. Femi Oyedele, his Senior Special Assistant, said that Abiola deserved a special place in the history of Nigeria.
He said that the airport currently being built in the state would be named after the late philanthropist and winner of the controversial June 12 elections.
The governor urged other governments in the South-West zone to consider other befitting ways to immortalise Abiola, saying, “we must go beyond the annual ritual of June 12 democracy walk.” 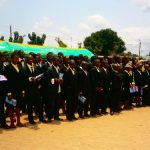 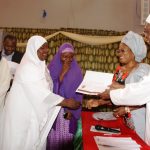