A new developmental innovation has come into the State of Osun. All the existing houses in the state are to have new well-designed identification number, in line with modern development.
The special numerical identification, which is being handled by EKINALKOL Company, is to complement the socio-economic development in the state.
Addressing a press conference to kick off the house-numbering on Monday, the Project Manager of the company, Mr Kolawole Ojo, said the project would add more value to the state and its people at large.
Ojo stated that the exercise will be designed to ensure proper identification of houses and streets to make sure that residents or visitors to the state will find it easy to locate any area they are going to.
He maintained that the project will provide adequate security system and intelligence gathering in every part of the state, adding that the system will further enhance security and improve the peaceful atmosphere of the state.
The project manager noted that the design would undoubtedly add beauty to the environment of each house and make the State of Osun a unique one among the 36 states in Nigeria.
According to him, the first phase of the project will start at the Osogbo Government Reservation Area, where about 10, 000 houses will be specially numbered in a way that will be unique and attractive.
The first phase is expected to end in four months time, when another phase would commence.
Ojo said: “For us at EKINAKOL Company, we are abreast of the rapid socio-economic growth of the State of Osun in the last three years of Ogbeni Rauf Aregbesola’s administration.
“We are not under illusion that Osun is on the way to development explosion in few years’ time.
“We are determined that what has happened to the old numbering system should not be allowed to happen to the fast-growing State of Osun.
“Not only that, we will do it distinctively. We will ensure that aesthetics are brought in for added value to the look of the state.”
He revealed that the project will not cost the state government a dime, as it was planned to be sponsored by private investors, who have welcomed the idea and were ready to make contributions.
However, the project manager solicited for support and cooperation from stakeholders in the state, to make the project a success.
OSUN DEFENDER 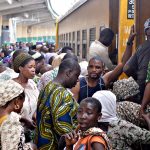 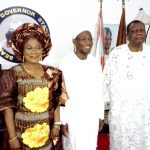