At this point, it is important to commend the State Assembly of Osun for its proactive nature by putting series of monitoring mechanisms in place to see the state transformed.
The development in the parliament in the recent times has shown that the state legislature is not a rubber-stamp as some people think.
Before now, so many people had described the state legislature as a rubber-stamp, because they approve whatever the governor brings before them, but I have heard members of the Assembly say that it was because the governor is a listening leader and will always follow due process.
Infact, some of them have said on many occasions that they had had course to advise the governor on some of his policies and the need to revert it, which he consented.
If truly that is the case, I think I go along with the honourable members and I don’t see why the House should reject a proposal for policies that will be beneficial to the people, especially when due process is followed.
I have also heard members of the Assembly acknowledging the fact that Aregbesola is a respecter of the legislature and since that is the case, I don’t see any reason for conflict between the legislature and the executive, since respect is reciprocal.
Most of the time, when there is conflict between a governor and the lawmakers in a particular state, it drags development backward, as such, a governor would not be able to concentrate on his job.
However, the Assembly needs to be commended for the monitoring mechanism it put in place to ensure that the state government delivers. The recently-concluded budget performance review by the House was a clear testimony that the interest of the state lawmakers is the transformation of the state and not ego.
In the course of the review, those that needed to be sanctioned were sanctioned, those that needed to be warned were warned, while those that needed to be advised were given their doses.
This is a plus, and I think that is the path the House should continue to follow.
INFOMISTER 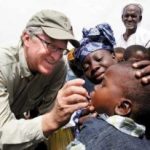 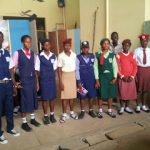