Ralph Simon  met Governor Rauf Aregbesola of Osun State, Nigeria who recently triumphed over 421 in the e-Learning & Science category other innovations for the 2013 Awards vetted by the grand jury of global eminent experts.
Ralph Simon is acknowledged as one of the founders of the modern mobile entertainment industry. Over the last 15 years, he has been a prominent global mobile trailblazer and innovator, helping grow the mobile entertainment and content industry, and playing a central role in its impact and presence worldwide.

Governor Aregbesola launched a set of 150,000 units of specially adapted computers aimed at enhancing learning in schools, particularly at the secondary level.  The initiative was introduced to a gathering of civil servants, traditional rulers, and politicians. Known as ‘Opon-imo’, Yoruba for tablet of knowledge, the device is a handheld tool fitted with an e-library, a virtual classroom, and an integrated test zone.
Similar to Mobilium’s Smart Health platform, the Opon-imo platform, is a tool for new and ‘eagerly’ ready-to-adopt mobile users in Africa providing free and all access opportunities in health and education.
MOBILIUM 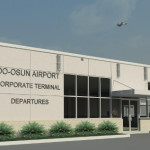 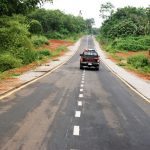