Ogbeni Rauf Aregbesola: Three Years In The Saddle As Governor, State Of Osun 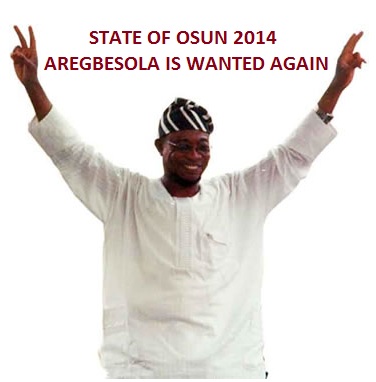 Come Wednesday 27th of November, 2013, the administration of Ogbeni Rauf Adesoji Aregbesola will be three years in the saddle of government of the State of Osun.
In these three years, what has the governor been able to achieve? What do the people think or feel about this government? Positive or Negative?
The people spoke their minds to some reporters recently and indeed, they had a lot to say about the governor and how his administration has affected Osun.
Sosan Moses (PZ Staff)
To some extent, he has done immensely well with his new innovative ideas; Osun Youth Empowerment Scheme (OYES) and other infrastructural programmes. So far, so good, Ogbeni has not done badly.
Oluwaseun Tanimola Salahu (Entertainer)
Progress and peace have come to be permanent feature of the State of Osun under this current dispensation and to me, that is commendable.
Youth empowerment and improvement in Osun education sector because of the new school restructuring policy have also become the hallmark of the Aregbesola administration.
That is a good thing and I am happy it is happening at our own time.
The governor is the right man for Osun, but he should focus more on the state’s economy and encourage people to enrol for technical education, because that was what Malaysia and other countries did and today, they are better for it.

Muhammad Abdulkabir (Paramilitary Officer)
The man is our Messiah in the State of Osun. Ogbeni is the best governor we ever had in the history of the state.
I will just mention 35 out of his achievements that made him the best governor in the history of the state.
1. 40,000 youths employed under the Osun Youth Empowerment Scheme (O’YES)
2. 5,000 Youths trained and empowered in information communication technology under the Osun Youth Empowerment Technology (O’YESTECH)
3. Over N2.4 billion injected into the economy as allowances for the OYES Volunteers
4. 123 kilometres of waterways (streams, arteries and canals) dredged to keep the state flood-free for three years
5. 750,000 school students provided with free school uniform coupled with empowerment of 3,000 tailors 6. 150,000 students provided with computer tablets (Opon Imo), an electronic learning tool preloaded with 17 subjects, 54 textbooks, and past questions of JAMB, WAEC AND NECO of the past 10years.
7. Introduction of bi-monthly environmental sanitation exercise under the O’CLEAN initiative to keep the state clean.
8. Beautification of the 185 Km Oyo Boundary (Asejire) to Osun-Ondo Boundary (Owena)
9. Trucks provided for a Public-Private Partnership waste management model in the state.
10. Primary School Funding Grants increased from N7.4 million to N424 million a year.
11. 240,000 children feed daily with nutritious meals under the Osun Elementary School
Feeding (O-MEAL) and Health Programme coupled with empowerment of over 3,000 caterers
12. Secondary School basic funding grants from N171 million to N427 million per year.
13. Tuition fees in State-owned tertiary institutions reduced by 30%.
14. Security of lives and properties being guaranteed with provision of 5 Armoured Personnel Carriers, over 100 security patrol vehicles and one helicopter for area surveillance.
15. 2 state of the art police stations built.
16. Internally Generated Revenue (IGR) increased from N300 million to N1.6billion without
increasing tax payable by citizens.
17. Setting up of Omoluabi Conservation Fund with a N4.2 Billion reserve.
18. Osun Debt Management Office established.
19. Building of the largest commercial apiary in Sub-Saharan Africa for refined honey production.
20. Over 1,765 hectares of land cleared and prepared to support farmers.
21. Rehabilitation of farm settlements in the state.
22. Over N1 billion committed to the support of farmers.
23. Building of super highways to connect Osun to Lagos and Osun to Kwara states.
24. 61 Township roads covering 128km are being upgraded all over the state
25. Ede Water Works capacity increased from 13% to 30% and plans on-going to reach 100% capacity before the end of 2013.
26. Over 3,000 permanent teachers employed into the state education sector.
27. 218 km roads being built across the 30 local government areas and Ife East Area Office, Modakeke.
28. Osun Ambulance Service Authority established with 400 youths trained as paramedics.
29. 9 State Hospitals and 12 Comprehensive Health Centers being rehabilitated and refurbished in the state; 74 Primary Health Centers built.
30. Construction of Freedom Park, the first of its kind in the history of the State of Osun.
31. Omoluabi Garment Factory employed up to 3000 people in the State of Osun.
32. Free rail service to all indigenes of the State of Osun living in Lagos State.
33. With just a few I have mentioned that Ogbeni Rauf Aregbesola has done, you will all agree with me that our governor is an unusual governor.
34. Payment of salaries to old people in the State of Osun referred to as Agba Osun.
35. O-Mediation; to settle disputes between people in the state and increase in bursary from N2000 to N10000 to all the students in tertiary institution from the State of Osun.
Onigbogi Jibola Tokunbo (Ward 3, Ilesa-West LG)
Well, Ogbeni Rauf Aregbesola has been faithful and sincere with his promises. He has touched everyone
OSUN DEFENDER 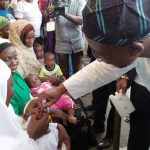 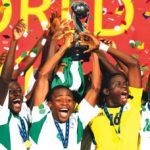