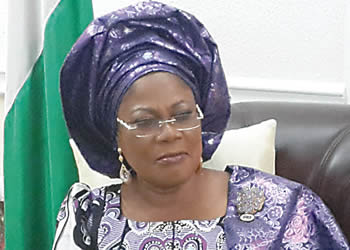 After the adoption of February 2011 education summit communique in Osun State by Governor Ogbeni Rauf Aregbesola administration, the state has witnessed major reform in the sector. However, the new revolution, has brought about reactions from some stakeholders in the state. The Deputy Governor, Osun State who also doubles as Commissioner for Education, Science and Technology, Iyaafin Grace Titi Laoye-Tomori in this interview with reporters at the State House addressed some lingering questions that surround the reformation of education in Osun. Excerpts:
Your Excellency, why did your government reclassify Osun schools into Elementary, Middle and High Schools?
The Aregbesola Administration on assumption of office inherited an education system that was in a state of complete neglect and rot resulting in dilapidated infrastructure, absenteeism and low school enrolment, overcrowded classrooms, shortage of instructional materials, poorly motivated teachers, with attendant abysmal performance of students in both internal and external examinations.
The need to urgently tackle the situation headlong was the reason for the education summit of February 2011 under the chairmanship of Prof Wole Soyinka. The communique of the summit has been adopted by government for implementation of its education reform agenda.
These reforms include the 0-Meals programme, O-Uniform, Creation of 3 Education Districts and appointment of Tutors General/Permanent Secretary, creation of Teachers Establishment and Pensions Office (TEPO), Opon Imo, Improved funding of schools to mention a few. Thus, the reclassification of schools aims at consolidating the gains of the various reforms to achieve a total overhaul of the education sector.

The new system is in line with global best practices for effective teaching and learning the world over by grouping pupils/ students of same age brackets together in same school environment with provision of relevant and appropriate facilities. Some other reasons for reclassification can be summarized as follows:To avoid multiplicity of mushroom schools that compete with scarce resources of the State.
To pool resources together to enjoy economy of scale for maximization of the scarce resources of the State. It is more economical to cater for 300 pupils/students in one school than in three schools of 100 pupils/students each. Our erstwhile school system in the state has schools with as low as 30 pupils total enrolment in primaries one to six.
It is to remove financial burden of education completely from parents through provision of modern facilities, furniture and improved funding. To democratize education and provide equal opportunities for all pupils/ students without discrimination. To make our public schools to be comparable to the private schools in terms of facilities and to reduce pupils/ students to teacher ratio from the current abnormal rate of 60-100 pupils/ students to a teacher to the UNESCO standard.
What are the features of the new school system ?
Under the new school system, the old primary and secondary education sector is reclassified into Elementary, Middle and High schools with the following features: 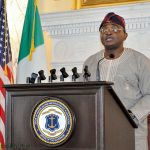 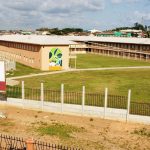