Osun School Reform… After The Storm

Not too long ago, the reform and reclassification of public schools in the State of Osun took the centre stage of public discourse following protests by some religious groups which felt that their interests were not taken into consideration in the exercise.
At the heart of the crisis, at that time, was the allegation by some religious groups that the state government was trying to obliterate the important role played by both Christian and Muslim missions in the founding of the schools. The Christian groups, in particular the Baptist mission, and the umbrella Christian Association of Nigeria (CAN), took strong exception to the transfer of school children wearing the Muslim covering, “hijab”, on their school uniforms, to schools bearing Christian names. The interesting aspect of the entire unexpected controversy, which saw   some religious missions rising up against the state government, is that the public schools that were merged are actually public schools that are owned, funded and managed by the state government, which took them over from their missionary founders in 1975.
Thankfully, reason has since prevailed on the matter. The threats of fire and brimstone over the school reclassification/merger programme have largely fizzled out and the students are reportedly back in their classrooms. The storm has calmed for now, leaving room for a close look and dispassionate consideration of the Osun School Reform Scheme and its potentials for education in the state.
The new school system in the State of Osun was flagged off on October 2 at the Salvation Army Middle School, Alekuwodo, Osogbo, at a ceremony which also featured the official commissioning of the school.
According to reports, the new school system is designed to give a new lease of life to education in Osun with a view to improving the academic performance of students in the state. It involves the rehabilitation of existing schools that are said to be largely dilapidated, and the building of new ones. Also, the state government plans to have mega High School complexes with about three schools having about 1000 students each, in each location. There will be an overall School Manager and three school heads to administer each school in the complex.
The schools were reclassified in a way that primary 1- 4 pupils, who are all already on the state’s O-meal programme which provides them with one meal every day, will be in the state Elementary Schools which will be for pupils aged 6-9 years. The classes will be known as Grades 1- 4.
The Primary 5 and 6 pupils who had, hitherto, been watching while the Pry 1 – 4 students were given free school meals, will now move to Middle Schools that will accommodate them and the students in the traditional Junior Secondary School classes, JSS 1-3. The Middle Schools, which will be for students in the new Grades 5 – 9, will be for students aged 10 – 14
High schools, to be known as Grades 10 – 12, will accommodate students aged 15 – 17. This is the former Senior Secondary (SS) 1 to 3 Grade. The students will be housed in modern facilities to be provided with standard laboratories and 1000 minimum sitting capacity halls for school events.
The reform programme also involves increase in grants to the schools, provision of unified school uniforms, supply of instructional materials and customized exercise books.
A sample of the Middle Schools that was commissioned in Osogbo during the launching speaks eloquently of better things to come in the state’s education sector.A sample of the High School is also under construction in Ejigbo.
Under the first phase of the education reform scheme, the Osun State government plans to build 100 Elementary Schools, 50 Middle Schools and 20 High Schools across the state. The government has said it reclassified and merged the schools for ease of supervision and management.
The school reform/re-classification and merger scheme in Osun is a breathe of fresh air. It is heartwarming, indeed, that a state has taken the trouble to study its school system and come up with a plan to upgrade it to improve the performance of its students and given them a sense of belonging.
This is an effort that aptly demonstrates the commitment of the state government to the education of children in the state. Already, the state government has begun the supply of its computer tablets, Opon Imo, which has 68 textbooks in electronic format, to High School students in the state to improve learning outcomes and reduce the amount the government would have spent on purchase of textbooks. The authorities in the state appear resolutely committed to giving Osun children the best of education to ensure that they can compete with their peers anywhere in the world and excel.
The challenge for the state government, and what stakeholders in the state ought to be talking about now, is how the governor intends to achieve his big dreams for the state’s education sector, and not why he is reforming it. If the schools are being merged in the interest of the students, it should be worthy of the support of parents in the state.
One genuine reason for which the merger has rubbed some of the stakeholders up the wrong way is the fact that following the merger of schools, some school children how have to walk longer distances to their schools. This is a serious setback for which the state government has reportedly promised to provide school buses.
The parents and other stakeholders in the state should be in the vanguard of holding the government accountable on this promise, in the best interest of the pupils. The agitation over government’s suspected plans to either “Islamize” or “Christianize” the schools is unhelpful.
The plan of the government to reduce student/teacher ratio of about 60 – 100 pupils per class in the state to about 50, initially, and later, the UNESCO standard of 30 -35, deserves support.
Instead of the frequent wrangling over development initiatives in Osun, stakeholders will benefit more when all hands are on deck to ensure that the government is supported to achieve its programmes for the state. Otherwise, the people, themselves, will be the ultimate losers.
SUN NEWS
68 Views
1 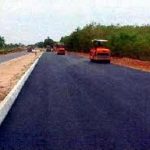 OSSG Gives Ultimatum To Contractors Handling Local Government RoadsNovember 13, 2013
Festus Iyayi: The Ink Dries Out For The Hero Of Our Struggles - AregbesolaNovember 14, 2013 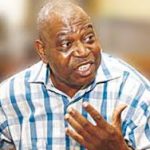