Traditional Worshippers Fault CAN Over Attack On Aregbesola’s Education Policy 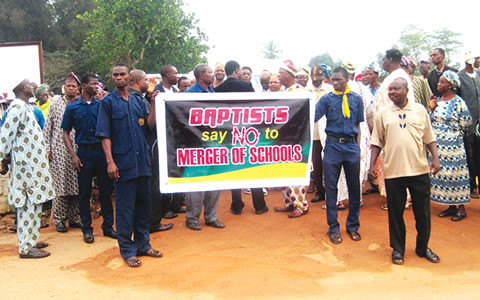 Traditional Religious Worshippers in Osun State have warned the Christian Association of Nigeria (CAN) against attack on the merger and reclassification policy of the government of Osun State.
The worshippers at a press conference addressed yesterday by their President, Chief Idowu Awopetu in Osogbo noted that CAN should be cautioned to desist from action that could derail the laudable programme of government aimed at transforming education to a greater height in the State.
Awopetu said it was wrong for CAN to claim ownership of any public school in the State since it is a matter of public knowledge that since the takeover of ownership of schools by the government in1975, government also took over the responsibility of staffing, administration and provision of infrastructure in the schools.
His words: “We challenge the leadership of CAN to give evidence of contribution of even a kobo for the upkeep of these schools. It is shameless that these elements in the CAN leadership are coming forward to lay claim to the schools that have been left to rot by all before
Governor Aregbesola decided to fulfill his promise of providing qualitative education to all the children of Osun, irrespective of creed or religion”.
“In this regard, we have observed tremendous investment of Aregbesola’s Government in educational infrastructure. Our public schools are now attractive for learning and more students are leaving private schools to be part of the revolution that is taking place in our public schools. Gone is the era where our public schools are not fit for animal husbandry”. He said.
Chief Awopetu expressed shock and dismay that CAN asserted that the reclassification exercise is capable of triggering terrorism in the state saying that the leadership of CAN ought to be mindful of their language especially when such utterances can fan the ember of discord in the state.
He urged security agencies in the state to invite the leadership of CAN with a view to investigating this claim: “In view of the grave implications of the alarmist claim of the CAN Chairman for the immediate security of lives and property in the State, we hereby call
on security operatives to, as a matter of urgency, invite leadership of CAN with a view to investigating this claim and if found to be untrue should henceforth warn them to stop spreading lies that can put this state in turmoil.”
The President insisted that religious tolerance is the hallmark of the Yoruba people saying: “there is hardly any home in Yoruba land, State of Osun inclusive, where you will not find adherents of all the three dominant religion. This, notwithstanding, has not created a wedge between us as a people rather we co-exist peacefully with mutual respect for one another”.
The traditionalists called on citizens of the State to prevail on CAN leadership to maintain peace adding that the state has enjoyed tremendous peace in the last three years of administration of Mr. Rauf Aregbesola.
DAILY TRUST 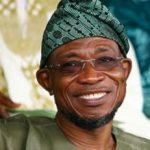 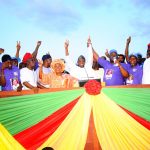