Tree Planting Not A Political Affair In Osun – Ilori 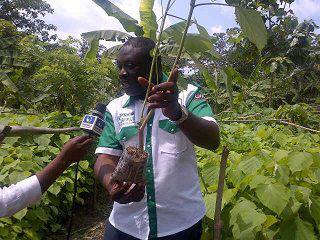 Special Adviser to Governor on Environment and Sanitation in the State of Osun, Hon. Bola Ilori, has stated that the Ogbeni Rauf Aregbesola’s government has never handled any issue relating to tree planting, as a political party programme.
Hon. Ilori made this disclosure in Osogbo during a press interview.
According to him, although the current tree planting programme in Osun enjoys tremendous motivation from Ogbeni Aregbesola’s experiences as former Commissioner for Works in Lagos State, yet the programme in the State has never been handled on political party basis.
He added that in particular, tree planting is not new in Africa as it pre-dated our colonial experiences when our forefathers planted trees to demarcate boundaries, to commemorate enthronement of a new King, to provide shades in palaces, Markets or Town squares, where meetings, festivals and other events are held.
Hon Ilori disclosed by the time Ogbeni Aregbesola resumed as Governor in the State in 2010, the worldwide campaign on climate change had reached a level that made the State to send delegates to the United Nations Conference on Climate Change in Durban, South Africa and Rio de-Janeiro, Brazil in 2011 and 2012 respectively, where the State of Osun signed pacts with International Development Agencies on Climate Change.
The Governor’s aide further added during the past eighteen months, the State Government must have distributed more than one million seedlings exotic and other trees to indigenes of the State, free of charge without regard to Political Party affiliations or other similar factors.
Hon. Ilori also disclosed that the recent directive that the State indigene should obtain permission from the State’s Ministry of Environment and Sanitation is to discourage unprofessional and mindless practice by certain people who cut down trees to defoliate and disfigure the environment.
OSUN DEFENDER 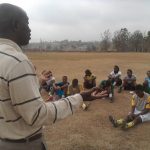 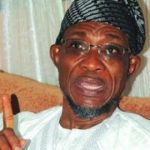