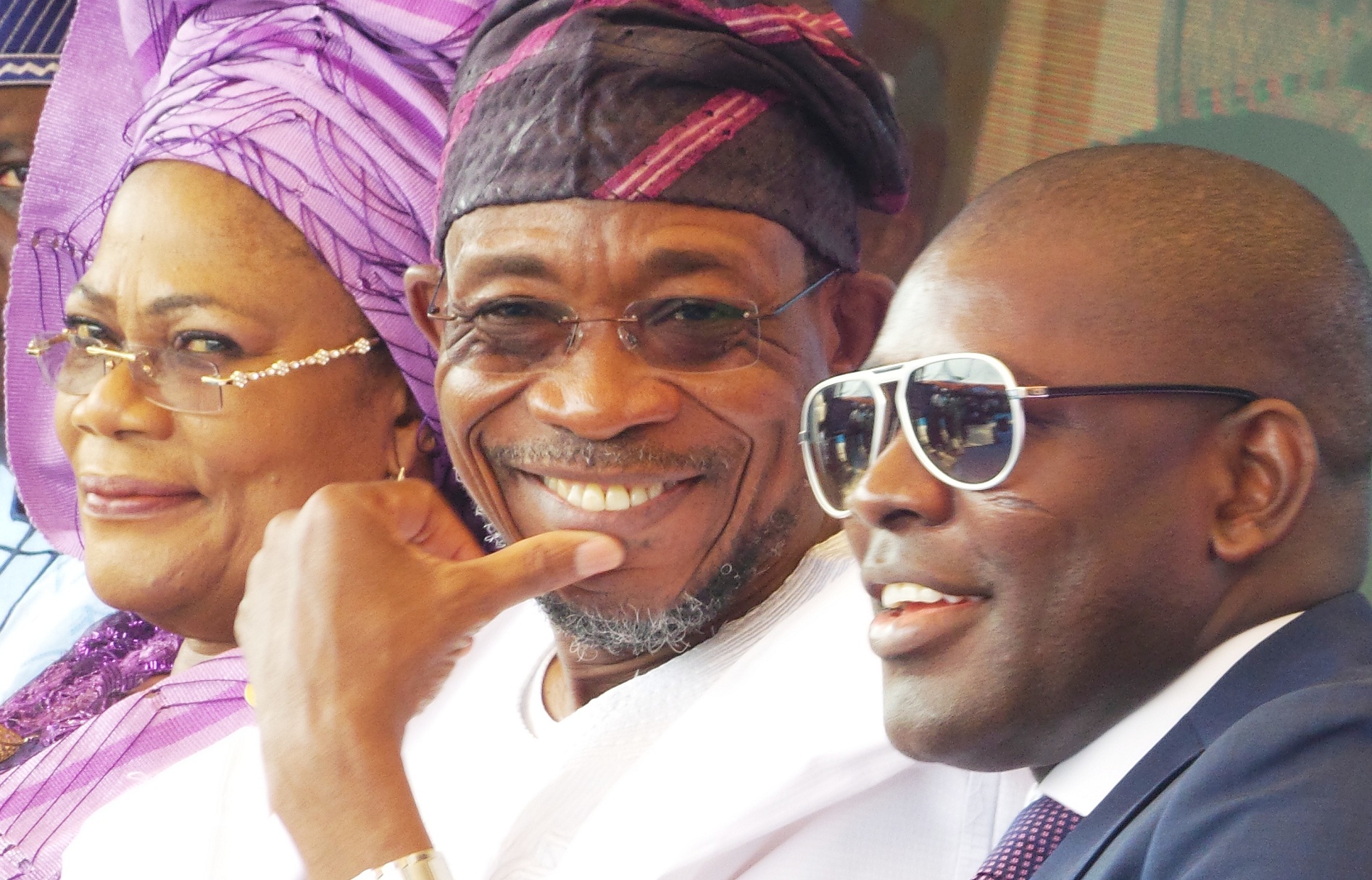 Osun State Governor, Rauf Aregbesola, Monday took a giant step in his effort to boost the economy of the state and create jobs with the opening of a multi-million naira RLG/ Adulawo Technology City in Ilesha with a promise to make the state Nigeria technology hub.
The technology city, which is already in operation, is a partnership venture with West Africa’s leading Information and Communication Technology (ICT) and Phone Company, RLG, and has facilities to train youths in the assembling and repairs of electronic devices including mobile phones and computers, and also manufacture products for sale.
According to the governor who performed the official opening of the company alongside his deputy, Mrs. Titi Laoye-Tomori, Governor of Ekiti State, Dr. Kayode Fayemi and Group Chairman of RLG, Mr. Roland Agambire, the commencement of the project at the premises was an evidence that with the right attitude, focus and hard work, dreams can become reality.
He noted that the city was part of his administration’s effort to create job, wealth and improve the living standards of the state through the technology industry, adding that he has no doubt that the city will be the hub of ICT in Nigeria and beyond.
Aregbesola stated that the technology city would be producing mobile phones, tablets, television sets and computer systems and both desktops and laptops computers.
“While in full production capacity, it will directly employ 800 people while over 15,000 indirect jobs will be created round the state through the enterprise from sales and repair points.
“It will positively impact on the state economy through taxes, rates and levies and in addition to the state’s Gross Domestic Product (GDP), it will create wealth and bring development to the community where it operates,” he said.
The governor noted that the city was also a demonstration of the government’s resolve to partner with the private sector to create enabling environment and provide adequate infrastructure for rapid industrialisation of the state.
The RLG/Adulowo Technology City has the capacity to assemble 5,000 mobile phones and 2, 500 computers daily. It has fully equipped training centre called the RLG Institute of Technology, a Research and Development Laboratory complete with a Green Technology Bio-mass plant which will provide cooking gas for the staff quarters and generate 3KVA electricity.
In his speech, the Chairman of RLG said he was delighted to partner with Aregbesola whom he stated fell in love with the dream and supported it vigorously to its conclusion.
THISDAY