Osun State Governor Mr. Rauf Aregbesola said his administration has expended N14.8 billion on the construction of new schools in the state.
The governor made the disclosure while commissioning the Baptist Elementary Primary School, Ilare, Ile-Ife.
He said the sum of N1.2 billion was spent on the purchase of books which were distributed to public senior secondary schools in the state, free of charge.
Governor Aregbesola said government was committed to the development of young individuals in the state, adding it would continue to invest in the education sector.
He urged people of the state to support the new education policy of his administration, saying “the future of our children should be paramount.”
He stated that the hallmark of the new education policy in the state was an enhancement of better welfare for both the teachers and students of all public schools in the state, adding that “we have resolved to make our public schools better than the private ones.”
DAILY TRUST 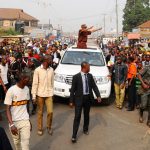 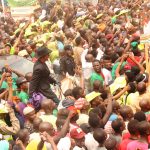