News
Home News Press Release: The Proposed Protest On Pension Arrears By The Group Of Civil Servants That Voluntarily Retired In 2012
News

Press Release: The Proposed Protest On Pension Arrears By The Group Of Civil Servants That Voluntarily Retired In 2012 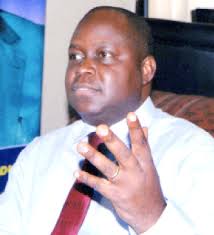 It has come to the notice of the Government of the state of Osun that the young and able bodied employees of the state that voluntarily opted out of the service of the state en-mass in December 2012 are planning to embark on a three day protest over the delay in payment of their pension arrears. The referenced group of retirees voluntarily opted out of the state’s service due to their unwillingness to join the Contributory Pension Scheme mandated by the previous PDP administration.
This was disclosed today in Osogbo by the State Commissioner for Finance and Economic Development, Dr Wale Bolorunduro.
The Commissioner stated that while the government believes that the referenced group of retirees has freedom to express their concerns, it is regrettable that the previous Head of Service approved the forceful retirement of the group of the retirees, he did not consider the cashflow implication when granting the approval of the forceful retirement thus leading the government not to make adequate provision for the associated obligation. This incidence spontaneously led to an increase in the government monthly pension payment from N250million, met at the inception of our administration to N600million.
The Commissioner for Finance also pointed out that the last administration failed to automate the manual  processing of retirees benefits to take care of the surge in number, thereby leading to delay of processing the Authority to collect (ATC) papers of the retired staff hence some people who retired since December 2012 were unable to submit their Authority to collect until later month such as November 2013. This is the genesis of the pension arrears. He then stressed that the Government has however kept pace to pension-roll them as soon as their Authority papers are submitted.
Dr Bolorunduro disclosed that the total pension arrears arising from the aforementioned have been ascertained to be N1.4billion hence Mr. Governor recently approved that necessary machineries be put in place to ensure this outstanding balance is settled by leveraging same with one of our financial partners.
In this light, the government is hereby appealing to the retirees affected by this forced retirement to be patient and reciprocate the kind gesture of the current administration, which has been pay-rolling and paying them, while gradually clearing the arrears of their pension.
The Government wishes to further add that the delay in settlement of the pension arrears is mainly due to the dwindling revenue from the Federation allocation.
He then assured that the Government of the state  under the able leadership of Ogbeni Rauf Adesoji Aregbesola is a listening government who also feels highly concerned by the plight of the concerned retirees and is frantically working to ensure that the accumulated pension arrears is settled very soon.
OSUNNEWS 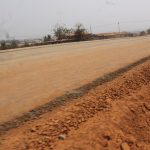