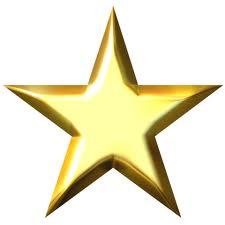 Another laurel came the way of the Governor, State of Osun, Ogbeni Rauf Aregbesola, at the weekend as he was named winner of the coveted 2014 AD King Prize for Achievement in Public Service in an award in London, United Kingdom.
The award, which took place at the just concluded Commonwealth Observance Day also coincided with Nigeria’s Centenary Celebrations in London.
Aregbesola was also bestowed the Sustainable Agriculture Achievement Award endowed by the GLEEHD Foundation in partnership with the Commonwealth Democracy Initiative.
According to the joint organisers and promoters of the three-day event led by the Lord Watson of Richmond, the awards are meant to celebrate leaders, who have performed exceptionally and touched the lives of their people.
According to the organisers: “The awards aim to grace the lives and achievements of Nigerian luminaries of the last 100 years, leaders who have shown exceptional imagination, foresight or resilience in a number of key fields – especially leaders that have reversed trends, shaken off traditional limitations and acted as an example and inspiration to others.”
The award was received on behalf of the governor at a colourful Gala Dinner and Awards Ceremony the Director General, Office of Economic Development and Partnerships, State of Osun, Dr. Charles Akinola.
In his remark, Akinola congratulated and thanked the organisers and the global jury of the awards, who had recognised the sterling performance of the governor in delivering democracy dividends to the people of the state.
“It is commendable that the organisers of the awards recognised the trail blazing efforts of Governor Aregbesola in delivering public value and impacting positively in a brand new way on the lives of the people of Osun,” Akinola said.
The three- day event  and Awards Ceremony was attended by eminent members of the British political class including, Baroness Lynda Chaulker of Wallasey; Lord Watson of Richmond; Lord Ahmed of Rotherham, British Business Group, which included Simon Walker, Director General of the British Institute of Directors (IOD); American civil right leaders, Naomi Ruth Barber King, widow of the Rev A.D King in whose honour one of the key awards was endowed and the Rev Joe Beasley of the Rainbow/PUSH Coalition.
Distinguished Nigerians at the event also included, former Head of State, General Yakubu Gowon; Governors Emmanuel Uduaghan’ Adams Oshiomohle, Isa Yuguda, Abiola Ajimobi and Jonah Jang of Delta, Edo, Bauchi, Oyo and Plateau respectively.
Others included Minister of Power and Steel, Prof Chinedu Nebo;
Chairman of the Nigerian Economic Summit Group, Mr. Foluso Phillips;  Managing Director of the Bank of Industry, Evelyn Oputu; HRH Otunba Adekunle Ojora; Dame Ojuolape Ojora and Director of GLEEHD Nigeria, Mr. Dayo Israel.
One of the high points of the three-day event was a reception hosted by His Royal Highness Prince Andrew at the Buckingham Palace where Governor Aregbesola, represented by Dr. Charles Diji Akinola participated at top level discussions on bilateral trade and investment issues as well as bilateral cooperation.
The Osun delegation, which also included the Special Adviser to the Governor on Women and Children Affairs, Mrs. Funmilayo Eso Williams, was hosted to Lunch at the House of Lords by the Lord Watson of Richmond and Founder Commonwealth Democracy Initiative.
The Osun delegation also attended a Nigeria Business Round table at the London Institute of Directors to discuss potential investments and partnership opportunities between UK businesses and the State of Osun. 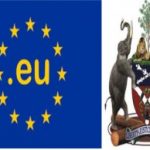