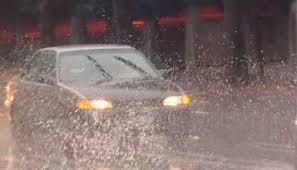 Citizens in the State of Osun should expect heavy rainfall on Wednesday 12th March, 2014. This is contained in a weather forecast obtained by the state’s Ministry of Environment and Sanitation.
According to the forecast, there would be misty early morning weather and partly cloudy and moderate breeze in the morning, which shall usher in rain showers and thunderstorm later in the day and night on Tuesday 11th March, 2014.
Misty early morning weather, gentle breeze is also expected on Wednesday morning of March 12, 2014. Although there will be prevailing wind of light breeze, thunderstorm and heavy rain pour occur in the afternoon, evening and night of Wednesday.
The cloudy weather with dusty haze, slight harmattan cold of Thursday, March 13, 2014 shall precede the wind and dry thunderstorm later in the day, while thunderstorm, heat and rain showers would occur in the latter hours of Friday, March 14, 2014.
The misty morning on Saturday March 15, 2014 shall be accompanied by moderate breeze; thunderstorm and rain showers of the day which shall extend till the night.
Sunday March 16, 2014 and Monday March 17, 2014 shall register the same weather conditions as Saturday March 15, 2014. Farmers are advised to start planting maize as from March 15, 2014. 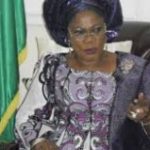 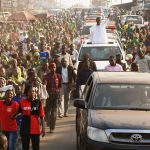