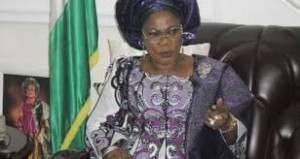 Government of the State of Osun has denied the rumor being spread by some disgruntled politicians across the state that the present administration in the State of Osun is set to sack, retrench and force teachers in the state public schools to go on forced retirement, that the state government will rather recruit more qualified and competent teachers to complement the efforts of teachers already in the services of the state government.
Deputy Governor and Commissioner for Education in the State of Osun, Mrs. Grace Titilayo Laoye-Tomori, stated this while speaking at an interactive session put together by the state’s chapter of the All Nigerian Confederation of Principals of Secondary Schools (ANCOPSS) to better the lot of education in the state and to see to impacting positively on children of the state held at the ANCOPSS house in Osogbo, the state capital.
Calling for continued support for school Principals in the enforcement of discipline among public school pupils and students which could lead to total eradication of truancy among school children,  Mrs. Laoye-Tomori frowned at the spate of indiscipline among students in the state’s public education sub-sector, saying the present administration in the state will stop at nothing to rid public schools in the State of Osun of truancy.
Describing teachers as character molders, the state Deputy Governor urged teachers to deal with any erring students who form the habit of using cell phone during class sessions, adding that, the state government is committed to prompt payment of salaries and other entitlement of civil servants in the state teachers inclusive.
Mrs. Laoye-Tomori said the state government will not rest on its oars in her bid to make public schools in the state habitable for learning. She appreciated the efforts of members of the Parents and Teachers Association (PTA) in the development of the state’s education sector saying government of the State of Osun did not proscribe PTA in the
state but only relieved the association of some of the financial burden.
The state Deputy Governor also used the opportunity to call on teachers and students above the age of eighteen to participate fully in the forthcoming voters’ registration exercise saying, voters card is the power and rights of the people to elect those perceived as agents of change in the educational, economical and infrastructural development of the State of Osun and Nigeria at large.
In her welcome address, state President of ANCOPSS, Mrs. Modupe Olagunju, commended Mrs. Laoye-Tomori for her passionate efforts geared towards the development of public education in the state which is characterized with paying closer attention to the plights of teachers in the state.
Mrs. Olagunju thereafter pledged the support of teachers in state public schools to the survival of education in the State of Osun in particular and Nigeria in general.
OSUN NEWS

267 Views
14
Permanent Voters’ Cards: Electorate Seeks For Additional Days For The Exercise As Majority Of Names Are Missing On The RegisterMarch 11, 2014
Heavy Rainfall Begins In Osun - Weather ForecastMarch 12, 2014 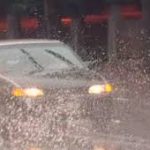