OPINION: A State's Welfare Triumphalism And Its Economic Implications

The primary objective of a good government is to impact positively on its citizenry through policies and programmes that would have direct bearing on their day-to-day living. Those great men and women that brought about a welfare society must have thought completely out of the box in favour of those within the society that are really struggling to make ends meet in  areas that are as basic but essential to human existence and dignity such as food, housing, health and education.
I was privileged a few weeks ago to experience a gathering of experts at the Parliament Building, United Kingdom where deliberations were centred on Home –Grown School Feeding for primary school children and challenges some nations are facing in putting food on the tables for these leaders of tomorrow most especially in Africa and some emerging economies globally. Eminently seated with these world renowned technocrats from  the World Bank, World Food Programme, African Union, Members of Parliament and other professionals around the globe was this familiar face in his usual “Dashiki” flowing white apparel, Ogbeni Rauf Aregbesola who to the surprise of his foreign audience, were jolted and shocked not only with the presentation but most importantly with the content, implementation and outcomes of his  government O’MEALS programme in far away rural setting of Osun State, Nigeria.
There and then, his was the good reference point by all the participants of what a welfare programme should be both in delivery and achievable set goals of alleviating hunger while supporting education, nutritional heath, economic development and empowerment at the local/ communities’ level.
Questions propping through my mind during and after the session were implicit and explicit tangible economic benefits in Osun State and why such opportunities are not being embraced by other states and the Federal Government of Nigeria?  If a state that easily fits as one of the poorest in terms of federal revenue allocation could boldly feed Two Hundred and Fifty Two Thousand, Seven Hundred and Ninety Three (252,793.) pupils on a daily basis (Monday to Friday) on nutritious menu that includes fish, egg, chicken, meat, juice/ fruits and carbohydrates (all locally produced, processed, delivered, prepared and consumed); what could that figure of beneficiaries be across the 36 states plus the Federal Capital Territory, Abuja?
As a guess estimate, Nigeria could have helped over Seven Million school children out of hunger and into healthy, happy learning future leaders. This to me is what a welfare-caring society should do.
Not only that, what about job creation and business opportunities this kind of O’MEALS provide that could also be replicated in the 37 states in my beloved country? Osun state, through this global laudable programme, has created Three Thousand and One Hundred (3,100.)  Professional Chefs (caterers); Four Hundred and Sixty Two (462) fish farmers; One Thousand (1,000) Pink cocoyam farmers all within the state economy. That  alone could have eliminated a total figure of close to Two hundred Thousand self employed people into Nigerian economy with a likely multiplier effect in sundries or allied trades and businesses. One has not added the 15,000 whole chicken and 35 heads of cattle per school week into this calculation.
When the history of a welfare state is finally written in the not –so- far future, the one name that will be written in gold is this same man who has transformed technology to a local, accessible and available companion of Osun state secondary school students through OPON IMO ipad-like Tablet of Knowledge). He is the same governor that is making school attendance an upward swing with a 24% increase in school enrolment within a period of less than a year; feeding primary school pupils with nutritious menu and making lives more abundant to those who could have remained peasant, poor and miserable without a gainful employment in his state. His name is Ogbeni Rauf Aregbesola.
Take politics out of it, I am of the candid opinion that Nigeria as a country, with her multiform complexities and challenges, has the responsibility to take adequate look at what is happening in that South West state of the country with a view to replicating some of them.
Last year, I read online from my base in the United Kingdom here Senator Uche Chukwumerije, a Peoples Democratic Party representative in the upper chamber of the National Assembly was in Osun and his recipe to Nigeria’s education’s quagmire was a replication of the new initiatives that are changing infrastructure and personnel of the education sector. These are said to be yielding bountiful results as indicated in the geometric rise in the better results now being recorded by school children in the public examinations.
Chukwumerije’s confession, to me, is the insight required by the PDP-led Federal Government to examine the Osun example towards solving many of the emergent problems bedevilling Nigeria and Nigerians.
I doubt if Nigeria’s Bureau of Statistics has any reliable figure on the number of deaths recorded in the last one month. But the avalanche of reports from home suggests Nigeria to look like a terribly war-torn zone where what happens in the next minutes tragically is anybody’s guess.
The gory killing of sleeping students in college hostels; the sacking of villages in Kaduna, Katsina, Plateau, Bauchi, Yobe to mention just a few put my country at its precipice. This orgy of violence stems, no doubt, from the failure of the system.
But it must be stated point-blank that where hunger, ignorance, injustice subsist for a long time, the fabric of the society is stretched beyond its capacity and the carnage being witnessed today is result of the snap of the social order.
My country needs a rethink; a new roadmap to first, halt this mess and move on to greater things that will ensure the happiness of our people. The picture of Osun that I see shows some potential for a greater Nigeria.
*Mr. Aderemi Idowu, a Housing and Management Consultant lives in London and writes through remidowu@yahoo.co.uk 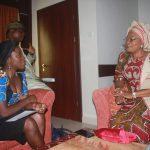 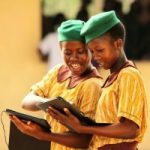