Despite the heightening tension and political unrest in some parts of Ukraine, the medical students of Osun state university studying in Ukraine have assured government, parents and well wishers that they are safe and not in any way affected by the crises.
The students under the aegis of H.N. Karazin Kharvis National University State of Osun Medical Students in a letter signed by its president, Mr. Samuel Owoeye Oluwatimileyin and sent to the state government noted that the political rancour did not extend to where they are studying.
The students held that they are fully secured going about their studies and not witnessing any of the chaotic situations stressing that they only watch online just like every other citizen of the world is doing.
According to Owoeye, ” for a while now, news has been going around about the political instability in Ukraine, and that has created worries and agitations in people concerned especially from government quarters, some parents and folks with half-baked information.
“With all confidence, I assure that we are doing fine and not affected in any way by the political rancour in the country as this does not even extend to where we are living and schooling, everything is going well just like a normal day and we did not even physically witness any of the chaotic situations except those that we watch online and hear about.
“We have been fully secure and having a nice time. I confirm to all that State of Osun Medical Students in Ukraine are in peace and harmony”. The Osun medical students in Ukraine emphasised.
The student while praying for the restoration of peace in the political system of the country of their host university averred that news about Ukraine’s political instability will soon be a history.
They expressed gratitude to the Ogbeni Rauf Aregbesola led government in Osun for the investment on them, stressing that they shall at all time be grateful and be good ambassadors of the state and Nigeria in Ukraine.
Osun government had sponsored 98 Clinical Students of the College of Medicine of the Osun State University, UNIOSUN, to complete their medical studies in the Karazin University in Ukraine.
BIOREPORT
The students, who were in their year three, four and five were said to have been stagnated in their studies for the past three years and could not continue their medical training because non-accredited teaching hospital status of UNIOSUN where they could be trained to become qualified doctors. 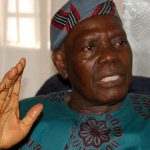