Osun Gets Committee On Polls

Founding fathers of Osun State are set to form a broad-based task force committee on the forth-coming governorship election.
A statement by the Chairman of Osun Founding Fathers Movement, Amb Diran Fagbongbe said the committee will serve as a link among all the political parties, ensure peace prevails before, during and after the election.
According to him, the committee will also ensure that the best candidate emerge as the next governor .
“The committee will include all the surviving founding fathers of state, along with all the surviving traditional rulers who joined forces ro ensure the creation of the state on August 27, 1991, some newly installed Obas and chairmen and other top political chieftains. Also some powerful spiritualist and clerics of traditional, christian and muslims, faiths will also be invited to join them” Fagbongbe explained.
THE NATION 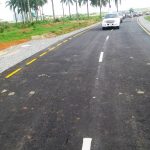