Ahead of the August 2014 gubernatorial election in Osun State, electorate in the state have been urged to vote their preferred candidate for the seat based on performance and credibility. A member representing Orolu Constituency at the Osun State House of Assembly, Mr. Kamil Oyedele, gave the advice while addressing his followers at the Orolu Local Government Area of the state.

Oyedele, who, observed that the incumbent had peformed well in the last three years, however, maintained that the voters of the state should demand for more from the candidates presenting themselves for the officer as the election approaches.

He also maintained that Governor Rauf Aregbesola would do more if given the second mandate. The lawmaker also appealed to the Independent National Electoral Commission (INEC), to ensure a free, fair and credible governorship election in the state.

Oyedele urged INEC to remain an impartial umpire during the poll, saying that would rekindle the confidence of electorate in the commission’s ability to conduct a free and fair election. Also speaking at the event, All Progressives Congress (APC) chairman in the council, Alhaji Ibrahim Ganiyu, warned that the party would not allow rigging during the election and charged INEC to ensure that all stakeholders play the game according to the rule.

Alhaji Ganiyu, while appealing to INEC to allow the electorate vote in an organised free, fair and credible election also implored security operatives to ensure adequate protection for people during the poll. 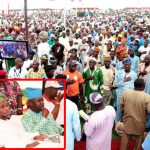 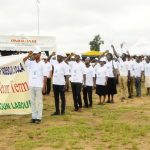