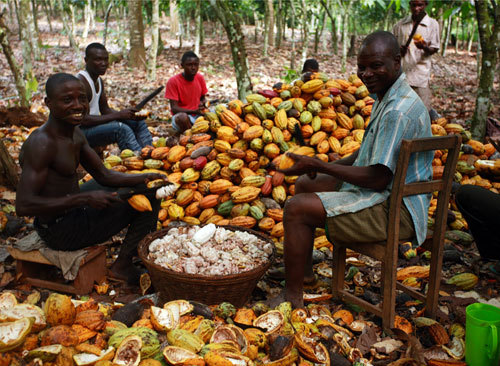 Osun government has assured farmers in the state of its continued support in meeting the challenges of crop production to improve the economy of the state.

Commissioner for Agriculture and Food Security, Dr. Wale Adedoyin, gave the assurance at the official flag-off ceremony for the distribution of 500,000 hybrid cocoa seedling to farmers free of charge held at the government secretariat, Abere.

He held that Osun being the third largest producer of cocoa in the country there is the need to develop the tree crops economy cannot be overemphasised.

The commissioner, who described agriculture as  a reliable form of boosting any economy and a panacea to any economic crisis stated that it has become more important to develop the agric sector because of the dwindling fortune from the federation account to states.

In an address, Coordinating Director in the Ministry of Agric, Dr. Olubukola Aluko, stated that the flag-off of the distribution is a huge testimony that the Aregbesola administration has great passion for the development of tree crops and agriculture generally in the state. He then urged the beneficiaries to utilize the gesture.

One of the beneficiaries, Chief Bola Otunla, described the gesture of Ogbeni Aregbesola in the agric sector as unprecedented, saying farmers have never had it so good in the state.

Other items distributed free of charge at the event include 6,000 improved seedlings of kolanut and bitter kola, 1,200 cocoa game as extension to farmers as well as the sale of 64,000 Teneral oil palm and 25,000 cashew seedlings at a very subsidized rate and N5,500,00 worth of agro-imputs to farmers.

In attendance were the Special Adviser to the Governor on Agric and Food Security, Mr. Festus Agunbiade, Senior Special Assistant to the Governor on QUIP, Mr Dele Ogundipe, Executive Secretary, Oriade Local Government Area, Taiwo Fatiregun as well as many excited farmers.