ACHIEVEMENTS: A Few Reasons That Qualify Aregbesola For A Re-Election Bid 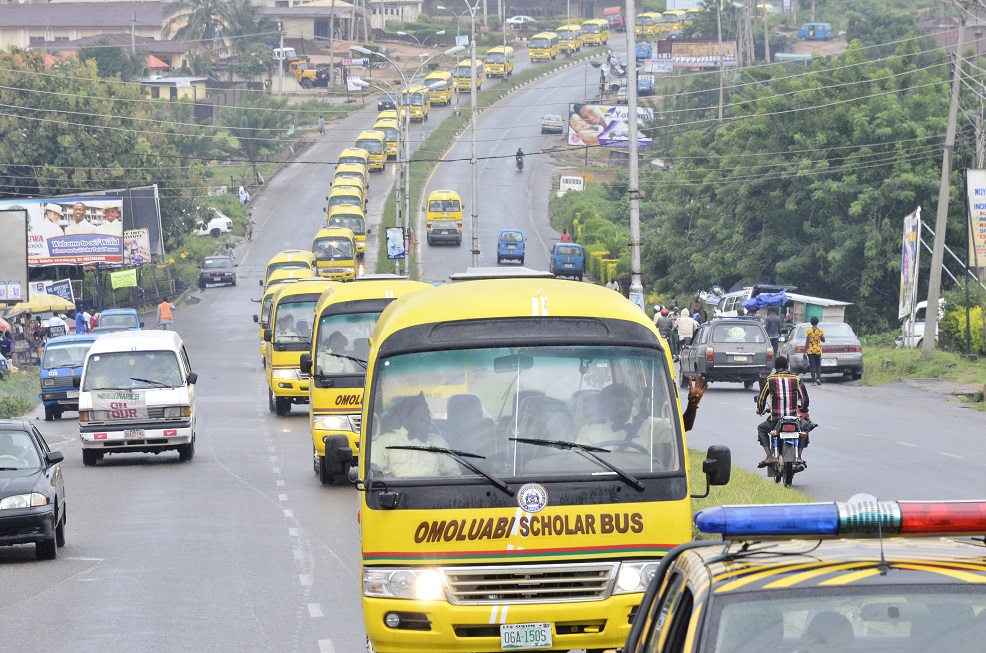 (3). Over N2.4 billion injected into the economy as allowances for the OYES Volunteers

(4). 123 kilometres of waterways (streams, arteries and canals) dredged to keep the state flood-free for three years

(6). students provided with computer tablets (Opon Imo), an electronic learning tool preloaded with 17 subjects, 54 textbooks, and past questions of JAMB, WAEC AND NECO of the past 10years.

(7). Introduction of bi-monthly environmental sanitation exercise under the O’CLEAN initiative to keep the state clean.

(9). Trucks provided for a Public-Private Partnership waste management model in the state.

(11). 240,000 children feed daily with nutritious meals under the Osun Elementary School Feeding (O-MEAL) and Health Programme coupled with empowerment of over 3,000 caterers

(14). Security of lives and properties being guaranteed with provision of 5 Armoured Personnel Carriers, over 100 security patrol vehicles and one helicopter for area surveillance.

(17). Setting up of Omoluabi Conservation Fund with a N4.2 Billion reserve.

(19) Building of the largest commercial apiary in Sub-Saharan Africa for refined honey production.

(20). Over 1,765 hectares of land cleared and prepared to support farmers.

(21). Rehabilitation of farm settlements in the state.

(22). Over N1 billion committed to the support of farmers.

(23). Building of super highways to connect Osun to Lagos and Osun to Kwara states.

(24). 61 Township roads covering 128km are being upgraded all over the state

(30). Construction of Freedom Park, the first of its kind in the history of the State of Osun.

(31). Omoluabi Garment Factory employed up to 3000 people in the State of Osun.

(32). Free rail service to all indigenes of the State of Osun living in Lagos State.

(33). With just a few I have mentioned that Man has done, you will all agree with me that our governor is an unusual governor.

(34). Payment of salaries to old age people in the State of Osun referred to as Agba Osun.

(35). O-Mediation; to settle disputes between people in the state and increase in bursary from N2000 to N10000 to all the students in tertiary institution from the State of Osun. Osun TI o tin N DARA koni BAJE OOOO.

VOTE….. RAUF ADESOJI AREGBESOLA of APC for the 2nd term.