Another Set Of Osun Empowerment Initiatives 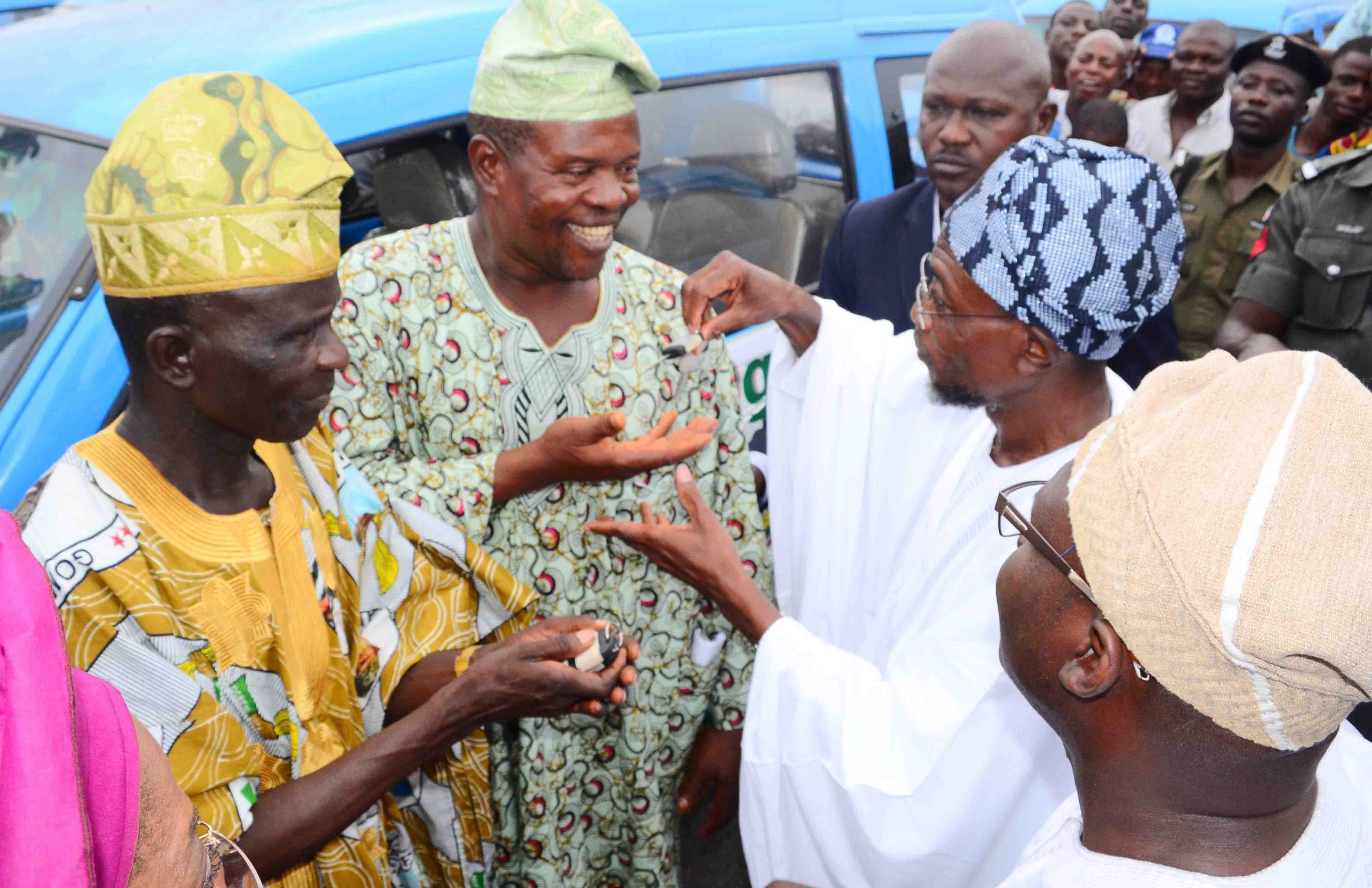 In its continued bid to make life more meaningful for the people of the State of Osun, another set of empowerment initiatives were recently launched by the state government with N4billion already earmarked as interest free loan to small and medium scale business operators under its micro credit scheme.

The government also distributed 40 mini buses otherwise called “Korope”, to members of the National Union of Road Transport Workers (NURTW) and Road Transport Employers Association of Nigeria (RTEAN) to boost the transportation system in the state and empower the operators of the mini buses.

Various empowerment schemes had in the past been introduced by the current administration to farmers through the Quick Impact Intervention Programme for farmers (QIIP) under which more than 12,000 cooperative farmers had been supported to the tune of N753 million; empowerment of over 2,000 textile dealers and 332 cocoyam off-takers with a combined sum of over N233 million.

The state government had also facilitated in December 2013, the procurement and distribution of 70 new Toyota Hiace buses worth N384.65 million to members of the National Union of Road Transport Workers (NURTW) and the Road Transport Employers Association of Nigeria (RTEAN).

Speaking at the launching of the Osun Micro-Credit Agency and distribution of mini buses to members of the cooperative transporters, the state Commissioner for Commerce, Industry, Cooperatives and Empowerment, Ismaila Adekunle Jayeoba-Alagbada, said that the two-in-one event was to showcase the new empowerment initiatives of the current administration, which he described as focused and people-oriented administration. He explained that the initiatives were put in place towards the delivery of democracy benefits to the people of the state.  The commissioner noted that the programmes were set out to pragmatically promote the commercial and industrial development of the state through the empowerment of the people on the platform of cooperatives as well as informal and formal business outfits.

On the micro credit scheme, Alagbada said that it was part of an elaborate and integrated approach of the state government to empower the people for their total emancipation.

According to him, “there is a deliberate connect between the Omoluabi Life Academy and the agency. The Omoluabi Life Academy, which has already been established by the Aregbesola administration within the premises of the Industrial Development Centre along Ilesa road, Osogbp is a hands-on, short-term and special training centre where life-long skills will be acquired by all classes of people who seek alternative competencies, irrespective of their age or level of literacy, with a view to becoming self-employed and employers of labour.  “Graduates of the academy will, no doubt, require financial empowerment to turn their acquired skills to profitable business ventures. This is where the Osun Micro-Credit Agency will come in to assist them to actualize their business dreams.

He further that the support of the agency will certainly not be resisted to the products of the Life Academy but will be available to all who wish to start, expand or modernsise their enterprises.

The commissioner, therefore, called on artisans, market men and women, operators of micro, small and medium scale enterprises, farmers and all others who are engaged in viable economic activities to avail themselves of the opportunities which the micro-credit agency provided.

He thanked Governor Rauf Aregbesola for his total commitment to the realization of the objectives and indeed, the overall socio-economic transformation of the state.

Lagos State Governor, Mr. Babatunde Fashola, who graced the occasion held at the Nelson Mandela Freedom Park in Osogbo noted that the All Progressives Congress (APC) is a party of the masses and will at no time consider any policy that will be against the people.

He told the gathering that is it absolute untrue that his government banned motorcyclists otherwise called Okada from Lagos.

Fashola stated that what his government did was to merely restrict the operators from plying highways as a way of protecting their lives.

He disclosed that since the restriction about six months ago, Okada-induced deaths and injuries have almost varnished on Lagos roads.  “We want what is good for our people, including security and protection of their lives. Do not let the opposition tell you lies that we banned Okada on Lagos streets. We have welfare of our people at heart.

“In fact, one of the cardinal policies of APC is to guarantee the welfare and well-being of our people.

The governor said welfare, security and empowerment of the people are primary responsibilities of a good government Aregbesola averred  that any government that brings hardship rather than succour to the people is a devilish government.

He explained that since  the inception of his administration, the state government has pursued welfare, peace, progress and development of the people of the state.

“It is on the other hand a chance for our people to reap the benefits of their trust and support for our government.

“Our own way of serving our people and showing our gratitude to them is not by sharing money which they will spend within a very short time. Rather, what we do is to give them the means and capacity to be able to make money by themselves and for themselves. In other words, we empower our people to be economically productive and financially independent.

“In this way, we tell our people certain things about us: that we are a government of responsibility, accountability and transparency.

“We are a government that is truly committed to the welfare and well-being of our people; and we will continue to serve them to the best of our abilities”, Aregbesola declared.

While noting that the PDP has never embarked on progressive and developmental oriented programmes for seven and half years it was in saddle of responsibility in the state, Aregbesola maintained that his government will not relent in making sure that lives bearable to the masses.

“When we sought for your votes in 2006/2007, we promised to banish poverty and hunger. We promised to provide among other things developmental programmes and we have been achieving this.

On the micro credit loan agency, Governor Rauf Aregbesola charged members of the cooperative societies to work together towards the sustainability of the agency and loan, adding that “the state is working towards production of vehicle”.

He also said that his administration has no intention to ban the use of commercial motorcycles saying in as much you don’t use the motorcycles to aid violence and vices in the state.

He advised the people of the state against be intimidated by the presence of heavy security operatives during the August 9th 2014 gubernatorial election.

He averred that governorship position is not a household inheritance for any political party, so the boast by a political to take over the state by force with the use of security operatives cannot hold water. We are in democracy.

“Even if it rains or sun shine on the election day, go out and vote. Stay with your vote and ensure that it is counted in your presence.

Speaking on behalf of the transporters, Asimiyu Oladejo, President Cooperative Transporters expressed appreciation to Governor Rauf Aregbesola for the gesture saying “no government has ever bought a vehicle for us in the history of this state. Government did not only by the buses for us; the government also tarred the roads so that the buses will be durable.”

He assured of the support of the members of the union and promised that the mini buses would be used for the development of the state. 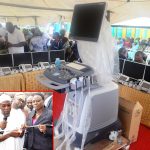