FEATURE: Another Look At OYES Project In Osun 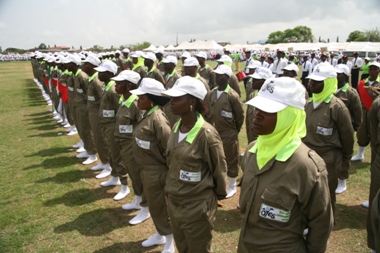 One reason Governor Rauf Aregbesola is succeeding in Osun State is by taking care of a large number of youths in his state, home to 3.4 million people (2006 census), in which at least 60 per cent of that population comprises the youth.

Youths are restive, irresistible and could easily be swept into criminality if left idle. Aregbesola knew they could be a time-bomb and could disrupt his programme, so, he diffused the ‘bomb’.

Today, the state is reaping abundantly from the spin-off of the initiative tagged OYES, or Osun State Youth Empowerment Scheme, put in place as a stop-gap to cut down on unemployment and infuse into the youth positive work ethics and culture, discipline, tenacity of purpose, self-sustenance, resourcefulness and respect for the environment.

Today, the state is the safest in the country in terms of crime rate, and it is the clear leader in employment, according to the Nigerian Bureau of Statistics. Youth restiveness is hardly in the front burner and prostitution is hardly existing.

This also translates into good governance as Aregbesola, already a focused man, is able to forge ahead in executing his six-point agenda for the state, an enhanced co-existence among the various ethnic and religious groups, while entrepreneurs are at peace in their business transactions.

The magic wand is rapidly and tangibly contributing to the state’s economic growth as prevailing peace is attracting investors, while the governor is busy establishing more industries equally in the three senatorial zones.

It is much easier to destroy than to build. Only, and only the Federal Government could say exactly how much it spends daily in executing the wars against insurgency in the North-east, militancy and kidnappings in the south, an amount which could have been chaneled to other useful purposes if youths in those regions had been taken care of in the first place.

Aregbesola would rather spend part of the meagre resources of the state on human and infrastructural development, rather than on senseless events and frivolities.

In 2010, he put in place the initiative, an idea he nurtured long before becoming governor. Participation in the scheme offers cadets the opportunity to acquire life-attitudes, self-confidence and improved skills within two years on the scheme. Only 20,000 applicants were successful at its take-off in December, 2010, out of about 250,000 who applied.

The figure represents a 20 percent decrease in youth unemployment in the state. If the number is added to about20,000 workers in the conventional government jobs, one would believe in Aregbesola’s talisman.

Many of these applicants had waited and pounded the streets for years after graduation, either from secondary or tertiary institutions, in search of a job or to further their studies.

Instead of turning down the other applicants, the governor turned the project into a rolling scheme to accommodate others in turn, attesting to his wisdom and caring attitude. While serving, the cadets are also given 60 per cent consideration in any job opportunities.

However, arm-chair critics say the project is too demeaning and condescending, for instance, for a graduate to be cleaners, forgetting that depending on who handles the knife, it could save lives if used by a surgeon but could destroy if handled by a robber.

The unemployed Osun youths know where the shoes pinch. On acquiring the needed skills offered by the scheme, many of them have exploited it to their maximum advantage as many more have continued with their life ambitions in tertiary institutions or in other forms of gainful engagements.

Many more have established small and medium scale industries through co-operative societies, becoming employers of labour, instead of being weighed down by frustration and depression, capable of turning them into social outcasts. It is a part-time job of two to three hours daily, with participants reporting for work thrice weekly.

Corps members have no offices, thus saving the state government enormous amount in running the paraphernalia of office; they are only smartly kitted for group identity and morale-boosting. After a week in training, they are deployed to productive services in identified areas of socio-economic lives and paid a monthly allowance of N10,000 to help them to cover basic needs.

The N200 million spent monthly on the scheme has the tendency to reflate the economy as the amount largely circulates within the state.

The cadets are work-ready, exceedingly competitive for the economy and the society and, while in service, they are armed with new skills, entrepreneurship and mentoring preparatory to a more gainful employment and challenges. They work in every part of the state.

It is no wonder the World Bank recommends the initiative as an antidote to unemployment, criminality, and good governance. It is also not a surprise that Aregbesola was invited to Abuja for the take-off ceremony of the Federal Government’s version of the scheme, tagged Youth Employment and Social Support Operation (YESSO).

The corps members in OYES are grouped into the Green Gang, for sanitation and greenery, Sanitation Czars for sanitation activities, Public Works Brigade for road maintenance, public building and infrastructure; Paramedics for emergency services and health support; Traffic Marshall in charge of restoring peace and order and Teacher Corps for volunteer teaching in public schools.

There is no gain-saying the fact that Aregbesola has been managing the little resources judiciously and prudently, to the benefit of the citizens whose lives he pledged to touch. The project has given hope to the hopeless and resonates the people’s implicit confidence in the governor.

It is time governments at local, state and federal levels adopted the good practice in removing their unemployment albatross.

And as one of the beneficiaries put it: ‘’It is now time for us the youth, nay the people of the state, to reciprocate Aregbesola’s gesture by voting for him again, to carry on the good job, complete what he has started and take us to the Promise Land.’’

•Adeoye, a Public Affairs Analyst, wrote in from Osogbo. 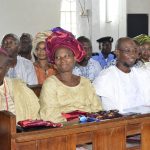