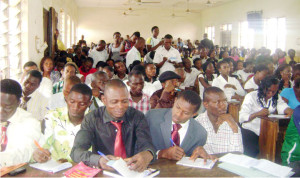 The four-month-old strike action embarked upon by members of the Non-Teaching Staff of Tertiary Institutions in Osun State has been suspended.

The suspension was announced by the chairman of the Joint Negotiating Committee (JNC) of the union, Comrade Olusoji Fasipe, shortly after signing the agreement papers with which the state government met their demands at the Exco Chambers of the Governor’s Office.

While expressing optimism that the state government will fulfill its promise to the union without further delay, Comrade Fasipe directed all members of the union to resume at their respective duty posts today, 14th July, 2014.

Speaking on behalf of the state government while signing the agreement, the head of service, Mr Olayinka Owoeye, expressed appreciation to the union leaders for their understanding and patriotism in resolving the industrial action amicably, assuring them of government’s sincerity in the signing of the agreement.

He urged the JNC of the Non-Teaching Staff Union leaders to appeal to their members to put their grievances behind them and contribute to the meaningful development of the state, adding that the government of Mr Rauf Aregbesola would continue to improve the welfare of its workforce.

Mr Owoeye also appreciated members of the state House of Assembly for the speedy passage of the elongation of retirement year of the striking academic workers of Osun tertiary institutions.

OPINION: The People Of Osun Are Going SomewhereJuly 15, 2014
#Osun2014: Disenfranchising Of Electorate, A Knife To Future Democracy – IloriJuly 16, 2014 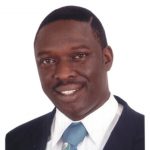