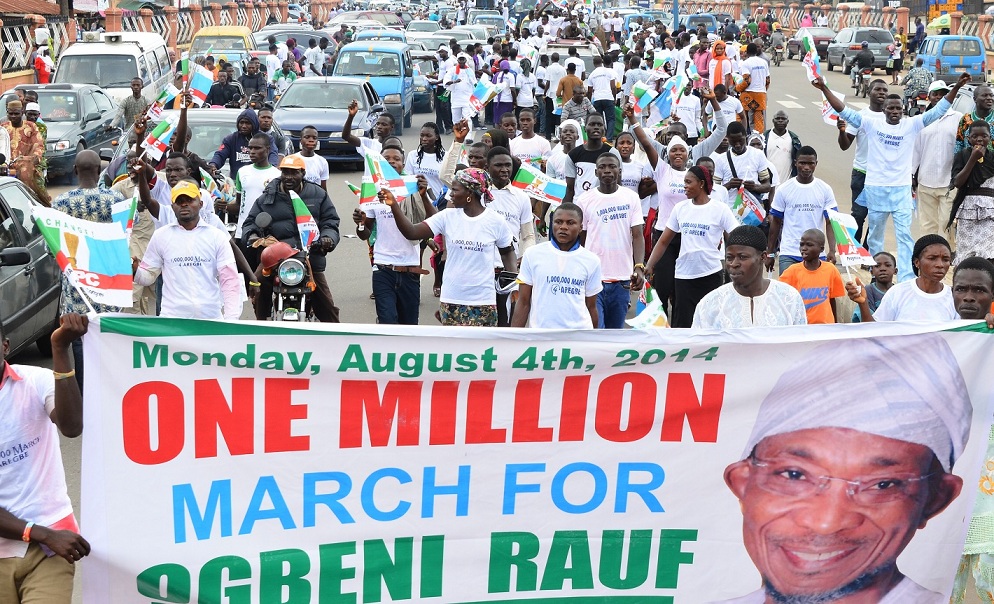 ‎The ancient city of Osogbo went white on Monday as youths in their thousands took to major streets of the state capital to show their support for the second coming of governor Rauf Aregbesola as the governor of the state.

The walk tagged “one million march for Aregbe”‎ had people from all works of life in attendance all clad in a white T-shirt with the inscription of “1,000,000 march 4 Aregbe” pasted on the front of their wears and “RAUFOMANIA” at the back.

The motorcade with music in support of Aregbesola blaring from speakers mounted on trucks rented the air as it moves from Orita- Elelede to Abaaku- Ayetoro- Igbona- Ajegunle and the convoy later stopped at the Nelson Mandela Freedom park.

General Secretary, Raufomania, Comrade Remi Odewale held that the group decided to embark on the campaign to encourage the governor that youths in the state are not unaware of the commi‎tment of the governor to developing the state.

According to him, ” our action was borne out of what happened over the weekend when the president came to town and all the opposition could do was to bring people from outside the state.

“We were shocked when fight broke out at the stadium the venue of the People’s Democratic Party’s rally. It became obvious it was a rented audience, our surveillance of the place revealed that because of the could not wait till the end because they are still going as far as Ogun state.

“Though we would have love to get close to one million, but the time is so short and we have also set the criteria for participation to be you must have a valid voters card, so what we have around is close to thirty thousand youths with voters card”. Odewale pointed out.

He noted that unlike what happened at the PDP rally where people who had voters card were not up to one hundred,‎ the Raufomania has close to thirty thousand youths with voters card attending the march for Aregbesola.

He counselled youths not to be intimidated with the presence of security personnel in the state, saying they are for the protection of voters.

The governor of the state while addressing the youths stressed that what he has done in his 4years in office is just a tip of the ice-berg.

He held that he will be launching a mini bus assembly plant among others that he has done is enough for him and that he is happy that people is happy with the development in the state.

In his words, ” I am very happy that youths actually identify with us, any government who do not recognise the important of youth is a government that has no reason to be in government. My own understanding of power is responsibility.

“All what we are doing in Osun has not been done before now, God through us has brought a lot of industries to the state. What we’ve done in our first term that you are happy about, will not be able to compare what how second term will witness in ter‎ms of development”. The governor told the gathering. 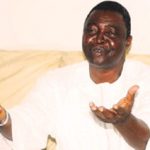 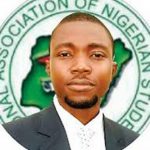