The Osun State Council of the Nigeria Union of Journalists has invited Governor Rauf Aregbesola, the governorship candidate of the Peoples Democratic Party, Senator Iyiola Omisore; and four other candidates to a public debate ahead of the election.
The Chairman of the NUJ in the state, Mr. Abiodun Olalere; and its Secretary, Mr. Bamigbola Gbolagunte, said this in a statement made available to journalists in Osogbo on Thursday.
Apart from the candidates of the All Progressives Congress and the PDP, the four other contestants invited for the debate are the Labour Party candidate, Alhaji Fatai Akinbade; Alliance for Democracy governorship candidate, Senator Sunday Fajinmi, Social Democratic Party candidate, Mr.Sunday Akinwusi; and the Accord Party candidate, Mr. Niyi Owolade.
The debate, according to the organisers, would hold on August 4 and would be broadcast live on the radio and television stations in the state.
However, Omisore said that he would not attend the debate because he would not be in Osun State on that day.
PUNCH 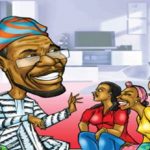