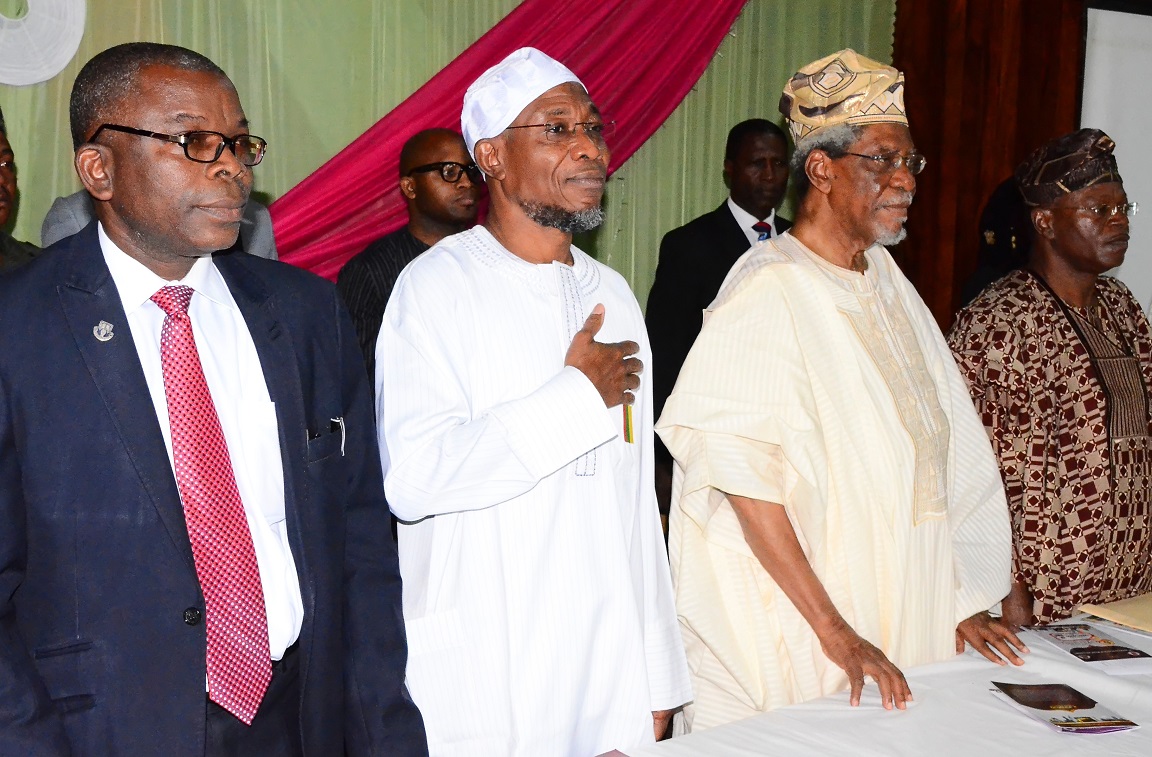 ‎The Governor of the State of Osun, Ogbeni Rauf Aregbesola on Thursday lamented the gross misunderstanding of Jihad to mean war or violence.

The governor made this disclosure while delivering his lecture titled “Muslims’ response to insurgency threat in Nigeria” at the 6th annual Femi Lateef Okunnu lecture series, organised by the Nigeria Association of Muslim Law students of Obafemi Awolowo Awolowo University, Ile-Ife.

Aregbesola said Jihad should not be turned into a license to unleash terror on people, Muslims and Christians alike and as well as destabilise the nation.

‎He held that contrary to the claims by groups like the Boko Haram, Jihad is neither a call to arms nor an ideological blueprint for destructive insurgency.

The governor pointed out that Jihad in Islam is at its core about establishing a personal relationship with Allah.

He noted that the meaning of Jihad in Islam is a total submission to the will and obedience to the laws of Allah.

According to him, “submitting to Allah’s will is an act of conscious choice granted to mankind by God; obeying His laws is a demonstration and vindication of that submission.‎

“The‎ abused notion of Jihad often used as justification for satanic atrocities of insurgent groups, such as Boko Haram, is a gross misapplication of the concept.

“Jihad is far from being an open cheque for senseless violence, neither is it a Qur’anic endorsement of the pursuit of selfish political desires.

“‎The concept of Jihad in Islam simply means ‘struggle’ or ‘striving’. It has two broad dimensions – external and internal striving”. The governor told the gathering.

Aregbesola stressed Islam totally opposes any form of violence, either against Muslim or non-muslim or of any place where the name of God is being called and worshipped, such as churches, mosques and synagogue.

He argued that Boko Haram and other insurgent groups have no justification in Islam to back the violence it unleashes on the people of the nation.‎

“How does reference to Islamic Jihad vindicate the indiscriminate destruction of lives and property of both Muslims and non-Muslims? He asked.‎

In his address, Chairman of the occasion, Prof. Kehinde Yusuff described the honouree, Femi Okunnu as an elder statesman who has contributed immensely to the growth of the nation.

Prof. Yusuff lauded the Aregbesola administration for observing what he described as religious justice through the freedom given to every faith to practise freely. He commended the Governor for granting a public holiday for the celebration of Hijira new year.

He said,”I am happy for this yearly honour we are given to Okunnu, he is a man that deserves it sincerely because of the great contributions he has made to the growth of our dear nation.

“I also must not fail to commend our dear Governor, Ogbeni Rauf Aregbesola who has created the enabling environment for every religion in the state including the traditional worshippers to practise their faith freely.‎

The Deputy Vice Chancellor Administration of the Obafemi Awolowo University who spoke on behalf of the Vice Chancellor, Prof. Bamitale Omole, expressed delight at the honour given to the honouree as he described Alhaji. Okunnu as a man who has served the country meritoriously with utmost commitment.

Also speaking, the president of the OAU chapter of the Nigeria Association of Muslim Law Students, Mallam Abdulyekeen Olaitan noted that the Lateef Femi Okunnu lecture since inception has been serving as a sublime platform for greatly informed personalities and the general public for knowledge acquisition and meaningful contributions for public enlightenment. 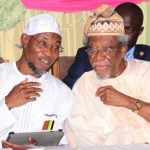 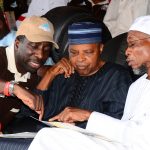