The State of Osun Governorship Election Petition Tribunal has proceeded on Christmas and New Year recess and adjourned its further sitting till January 5, 2015.
The tribunal is hearing the petition of the Peoples Democratic Party (PDP) and its governorship candidate, Senator Iyiola Omisore, challenging the August 9 re-election of Governor Rauf Aregbesola and the All Progressives Congress (APC).
The tribunal chairman, Justice Elizabeth Ikpejim, adjourned the further hearing of the petition till next year on Saturday after the APC, the second respondents in the matter, had called four witnesses for the day, who testified that nobody was harrrased or intimidated during the election.
She said the tribunal was also taking into consideration the 180 days required by the Electoral Act within which to complete the hearing of the petition and would take care of it.
The witnesses called for the day were Azeez Taofeek from Ward 2, Unit 4, Ede-North Local Government Council Area; Ilesanmi Ademola from Ward 9, Unit 4, Ilesa-East Local Government Council Area; as well as Olusola Ademubo from Ward 4, Unit 9 and Agbaje Lekan from Ward 4 both in Osogbo Local Government Council Area.
Telling the tribunal that they acted as APC polling agents and stayed at their units throughout the period of the election, they said, agents of all the political parties signed the original copies of form EC8A for their units, after which they were given duplicate copies each.
Led in evidence by the APC counsel, Ajibola Basiru, the witnesses told the tribunal that they were duly-accredited like other voters in their various units before voting.
Under cross-examination, the APC agents said the INEC officials arrived their polling units at the appropriate time, with all the necessary materials and agents of all the parties jointly inspected and confirmed them.
They said they all witnessed the conduct of the election in their units and every eligible voter was allowed to vote for the party of his or her choice.
They also said there was no inducement of voters or campaign by anybody on the day of the election.
According to them, nobody came to vote without accreditation and there was no arbitrary allocation of votes to any of the parties.
They further told the court that ballots in their various units were sorted, counted, recorded and announced in their presence, saying, none of the agents complained about the conduct of the election.
OSUN DEFENDER 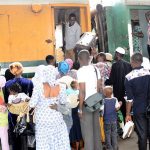 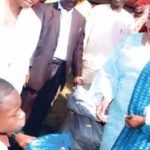