The All Progressive Congress (APC), Ijesa North Federal Constituency, has expressed displeasure over the alleged attacks on its members. The Chairman, Campaign committee of Ijesa North Federal Constituency, Wale Bolorunduro, spoke at a press conference on Tuesday, in Osogbo.‎
Displaying photographs of brutalized victims, Bolorunduro said the APC has asked its loyalists not to reprise any attack. Bolorunduro lamented that security agencies in the state had refused to act on petition and reports sent to them on the activities of the hoodlums. He said, “The police have failed to make any arrest, as the perpetrators of the dastardly acts are moving freely in the communities. All of these attacks, were reported to the police in the local governments where they occurred. It is on record that none of the individuals mentioned at the police stations have been arrested for questioning.”
He called on the Police, Department of State Security Services (SSS), to intervene as a means to ensure the protection of its members. While lamenting that majority of schools in Ilase had been closed by the state government because of the terror activities, he noted that the hoodlums had engaged in consistent sporadic shootings.
He added, “We are not satisfied with the physical attacks on the APC members and supporter, the opposition also went ahead to set the shop of Ade, popularly called Gereko on fire in Ilase and destroyed many properties. “On Friday, March 13th, the APC had a rally in Ilase, Obokun Local Government and ‎we discovered that the banner around the rostrum had been purportedly torn by Fadahunsi’s thugs.”
Responding to the allegations, the spokesperson for Fadahushi Campaign Organisation, Mr. Sola Olowoye, alleged that Peoples Democratic Party (PDP) members, were also attacked in the area. He said, “The truth is that, Mr. Jumoke Ogunkeyede, an indigene of Ilase, with about 10 men working for APC, descended on one of the drivers working with Fadahunshi campaign organisation, who was pasting posters and beat him up.
“The allegations that Fadahunshi’s men are attacking APC in Ilase is unfounded and can only emanate from the domain of a party that has lost touch with the grass roots.”
DAILY TIMES 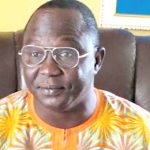 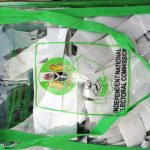